‘This is bizarre’: Trump flagrantly contradicts his own administration on census forms 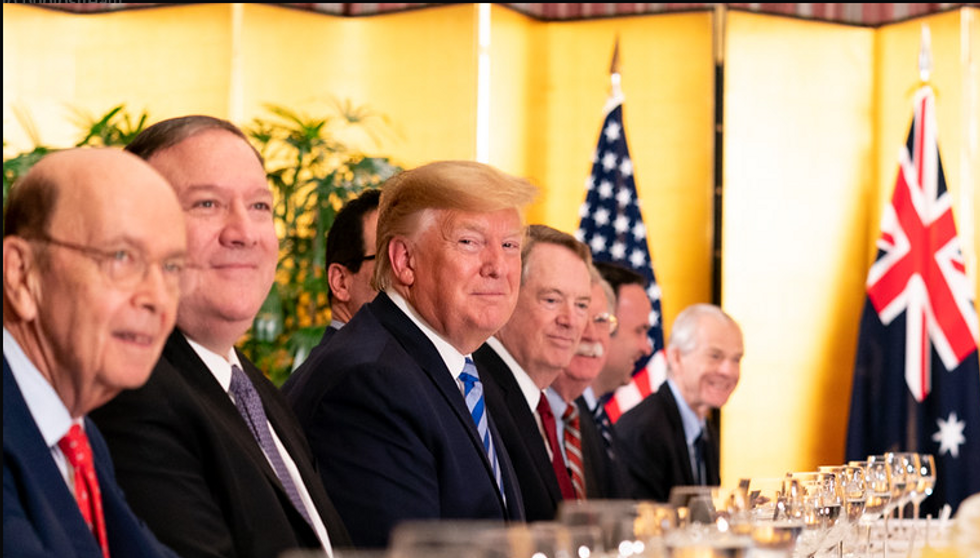 President Donald Trump contradicted two of his cabinet agencies to deny “fake” reports that his administration had agreed to print census forms without a citizenship question.

The U.S. Supreme Court ruled last week that the Trump administration had not offered a compelling legal argument to include the question, and the president at first claimed the White House lawyer would seek to delay the census process.

But the Department of Justice and Commerce Secretary Wilbur Ross said this week the administration would go ahead and print forms without the question to meet the constitutionally mandated deadline.

Wednesday morning, the president insisted those on-the-record statements were inaccurate.

“The News Reports about the Department of Commerce dropping its quest to put the Citizenship Question on the Census is incorrect or, to state it differently, FAKE!” Trump tweeted. “We are absolutely moving forward, as we must, because of the importance of the answer to this question.”

The News Reports about the Department of Commerce dropping its quest to put the Citizenship Question on the Census… https://t.co/93mOeniO05
— Donald J. Trump (@Donald J. Trump)1562166400.0

@realDonaldTrump This is the President of the United States claiming he will defy a Supreme Court ruling. Trump co… https://t.co/ndyfFYdRtz
— Ahmed Baba (@Ahmed Baba)1562167223.0

@realDonaldTrump Just so we're clear here, an attorney in Trump's DOJ said in an email, which was confirmed by a DO… https://t.co/iRB5wn0cMa
— Robert Maguire (@Robert Maguire)1562168821.0

@realDonaldTrump Can we all just agree that Trump’s dementia is getting worse? Pence had to be called back to DC be… https://t.co/2FMincbai6
— Alex Cole (@Alex Cole)1562167679.0

@realDonaldTrump Every day, nothing but chaos. Tweets, statements, decisions...nothing sticks, nothing ever is true… https://t.co/JGkIECoMtG
— Andy Ostroy (@Andy Ostroy)1562168903.0

@realDonaldTrump The Census is already being printed per your own administration. https://t.co/SKjEbQS4GO
— Ryan Hill (@Ryan Hill)1562166486.0

@realDonaldTrump The census is ALREADY BEING PRINTED Spanky. What are u going to do? Try to print another census &w… https://t.co/LtLoJgXrQX
— Kathy Bruno (@Kathy Bruno)1562169210.0

@realDonaldTrump Thankfully your administration is so incompetent you completely bungled the process of having this… https://t.co/Q5vXLqVpIx
— Ryan Hill (@Ryan Hill)1562167425.0