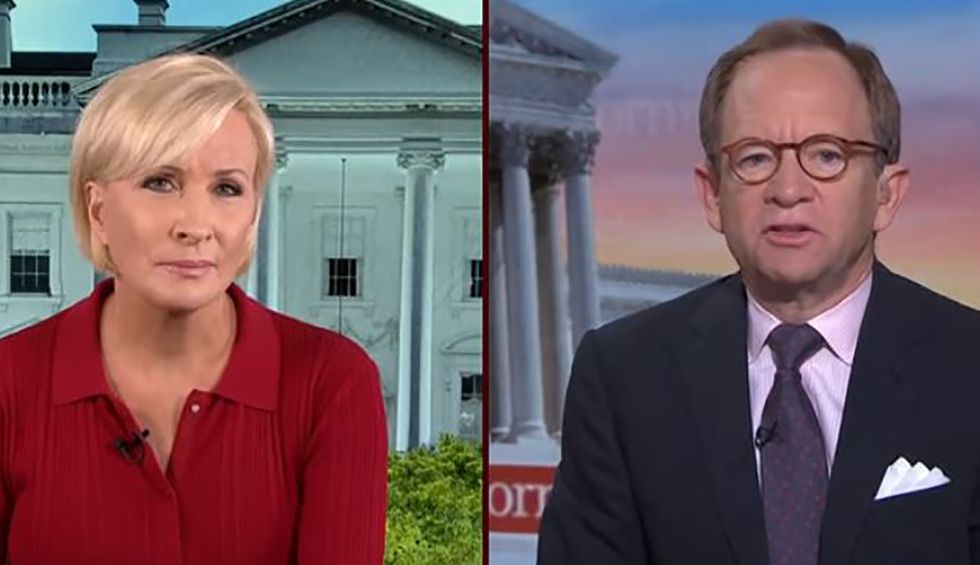 The financier was arrested over the weekend on sex trafficking charges, and the “Morning Joe” host said Epstein’s crimes were widely known in Manhattan, but his money and connections shielded him from serious consequences — even after he was arrested a decade ago but allowed to enter a highly unusual plea agreement by Trump’s future labor secretary, Alex Acosta.

“What’s so fascinating is I remember hearing people all around the set in 2015 talk about people’s connections on both sides with Jeffrey Epstein,” Scarborough said.

At that time, Trump was just entering the race as a long-shot Republican candidate, and Clinton’s wife was emerging as the Democratic frontrunner.

“This was not even a hidden secret,” Scarborough said. “I said it several times on the air in 2016 that both Donald Trump and Bill Clinton knew Jeffrey Epstein very well, and a lot of powerful people in New York knew him very well, and they all knew these stories. Every one of them — and had all known it for a very long time.”