‘The seeds of fascism are being sown’: Former Tony Blair campaign director likens Trump's base to Hitler’s Third Reich 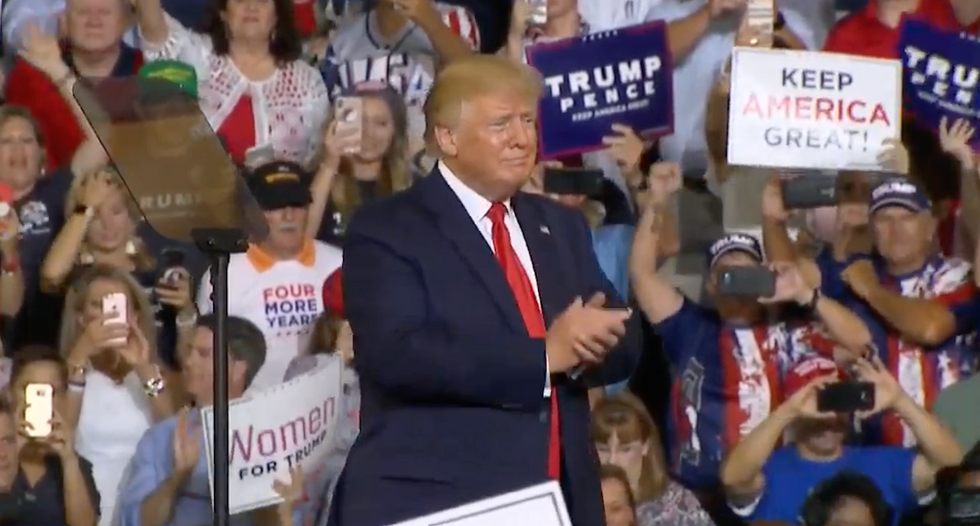 President Donald Trump’s recent assertion that four Democratic congresswomen of color should leave the United States and return to the countries they originally came from is being widely criticized not only in the U.S., but in other countries as well. And in the U.K., a major political figure who has been speaking out is Alastair Campbell — who served as campaign manager for former Prime Minister Tony Blair.

During an interview with the Australian Broadcasting Corporation earlier this week, the former Labour Party strategist complained that the type of racist rhetoric Trump used to attack the four congresswomen — Rep. Ilhan Omar of Minnesota, Rep. Alexandria Ocasio-Cortez of New York City, Rep. Ayanna Pressley of Massachusetts and Rep. Rashida Tlaib of Michigan — recalls the type of incendiary rhetoric that Adolf Hitler used to demonize groups of German citizens at Nazi events during the 1930s. And the 62-year-old Campbell isn’t the only one who has made that comparison: on MSNBC, anti-Trump conservative Joe Scarborough (host of “Morning Joe” and a former GOP congressman) compared chants of “send her back, send her back” aimed at Omar at a recent Trump rally in North Carolina to the Nuremberg Rallies (a series of Nazi propaganda events). Scarborough asserted that just as the Nuremberg Rallies were used to vilify German citizens, Trump had crossed a dangerous line by calling for the deportation of four U.S. citizens (three of whom were born and raised in the United States).

Campbell, during the interview, stressed that a climate of hate and intolerance has been growing increasingly toxic in the U.S. and told the Australian Broadcasting Corporation, “I’m not saying (Trump is) going to go out and kill 6 million people. I’m saying the seeds of fascism are being sown. If we’re not careful, we’re heading in a dark and dangerous place.”

Campbell asserted that Trump’s racist attack on Omar, AOC, Pressley and Tlaib reminds him of the events described in William Shirer’s book “The Rise And Fall of the Third Reich.” The former Blair campaign manager observed, “That thing (Trump) did the other day with the four congresswomen of color — Hitler was doing that stuff.”

During the interview, Campbell also discussed the new prime minister of the U.K., Boris Johnson, who was chosen by the Conservative Party to replace former Prime Minister Theresa May. Campbell said of the 55-year-old Johnson, “Inside his head, he is Winston Churchill. In reality, he’s a hack.”