The cult of faux outrage 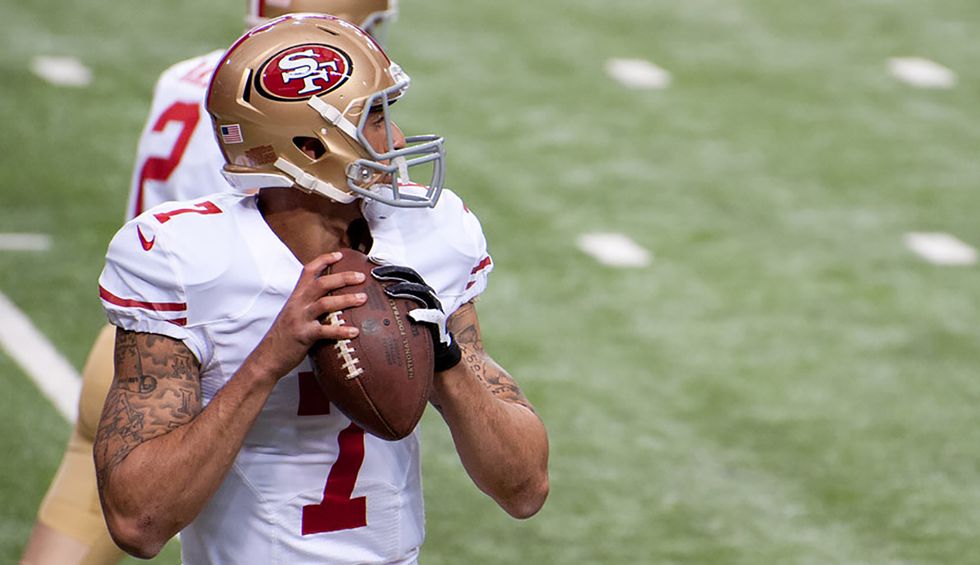 We live in a world where we are outraged over everything. A black man kneels in silent protest during the national anthem at a football game, and conservatives across America become unhinged in a patriotic fervor, demanding that he stand, hand on heart, during “The Star Spangled Banner”—anything else being an insult to the troops, veterans, and military members who never came home.

The same people whining about these silent protests have no concept of the rights granted to us in the First Amendment, the amendment that gives us freedom of speech, the right to assemble, and the right to seek redress of grievances from our government. Colin Kaepernick was simply, and respectfully, exercising those rights. Most of the people complaining—well, one, it is a good bet that hardly any of them ever served in the military or even know anyone who has served, seeing as only 10% of the population has served. I would also be willing to wager that those folks who are so outraged over this act are the same ones sitting in the stands during the national anthem, eating popcorn, drinking beer, standing in line at the concession stands with their hats on, mouthing the words to a song they do not even know has more than one verse.

Those folks who are so outraged have fumed that they will boycott the NFL, and that the NFL needs them or it will go down the tubes. By all accounts, the so-called boycott has failed. NFL TV ratings went up 5% in 2018, and had 46 of the top 50 broadcasts last year—so, what boycott?

Fast forward to 2019. Nike comes out with a shoe with the colonial flag on it, and then pulls it off the market.

Kaepernick reached out to Nike after learning they planned to release the sneaker to explain that the flag recalls an era when black people were enslaved and that it has been appropriated by white nationalist groups, a person familiar with the conversation told The Associated Press.

Of course, the right-wing outrage machine went into action. Calls to boycott Nike were heard across the land. Calls for a Nike boycott went about as well as one would expect:

Nike's annual sales have jumped 7% to more than $39 billion, according to the company's last quarterly report. Its stock is up 12% since the start of the year.

I don’t purchase Nike, because it does not make shoes that fit my wide-ass feet. But even if I did, I would have no plans to join a boycott against it. I will just purchase shoes that fit. As for the designs, they are shoes: If you collect them, you are probably excited about new designs. If you don’t, you only care if they fit and wear well.

Faux outrage has a history in this country. Remember New Coke? I do. It wasn’t that bad, as sodas go. It was different, it was change, and because of that, a small group of people garnered enough popular support to force Coca-Cola to revert back to the original formula. Why?

“The Declaration of Independence and the Revolutionary War occurred because of taxation without representation; there was no freedom of choice,” [a protester] explained. “We went to war [in Europe] to help England, because another country was impinging on their freedom of choice. I feel that this is a battle of that magnitude.”

Of course, I would be remiss if I did not point out the same hypocrisy on the left. Headlines have been blaring the last couple days, along the lines of this one: “Furious Home Depot shoppers say they're boycotting the store and cutting up their cards after one of the home-improvement retailer's founders said he'd donate some of his fortune to Trump's reelection campaign.”

Home Depot co-founder Bernie Marcus has not been affiliated with Home Depot since 2002, when he retired.

Why are you boycotting Home Depot over what someone who left the company 17 years ago is doing? That makes no sense. Granted, some of this may very well be media-generated hyperbole, as I recall this same boycott around the time Trump was first running for office. Seeing as the chain is still around, and doing well, I am guessing the first boycott failed too.