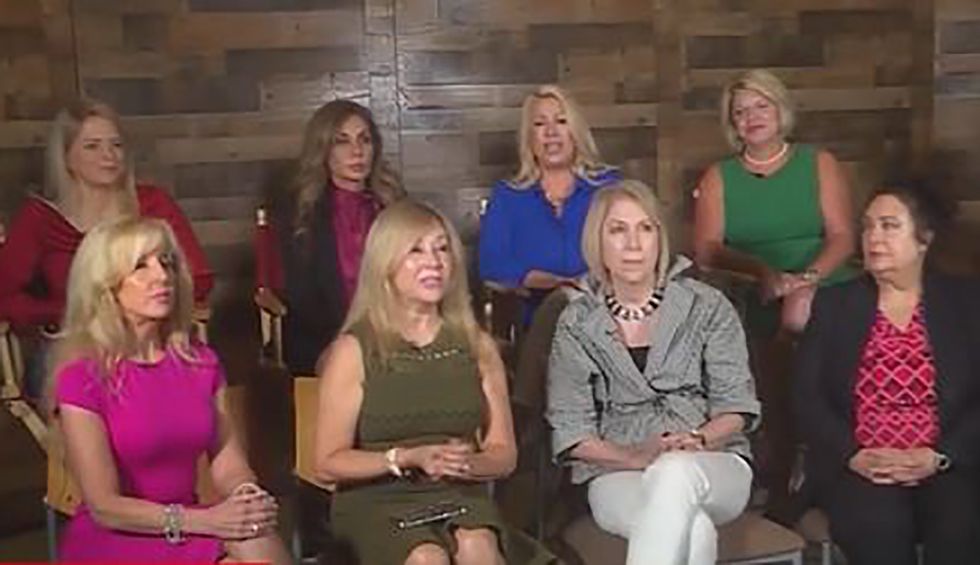 On Tuesday, CNN reporter Randi Kaye interviewed a group of eight Texas GOP women about President Donald Trump’s racist attacks on four black and brown congresswomen who have criticized him. And they broadly refused to accept that his behavior was racist.

“How many of you don’t think what the president said was racist, raise your hand?” said Kaye, continuing in a voiceover, “These eight Republican women from Dallas don’t see anything wrong with President Trump telling four Democratic Congress to go back to where they came from.

“I’m a browned skin woman, I am a legal immigrant. I agree with him,” said another.

“I’m glad that the president said what he said because all they are doing is they are — they are inciting hatred and division and that’s not what our country is about,” said one.

“Isn’t that what the president does with some of his own comments, his own racist comments?” Kaye pushed back.

“He didn’t say anything about color,” one protested.

“We know the president is not racist,” said another. “He loves people from Hispanics to black people, all across the board.”

“Let me share with you the definition of racism from the Meriam Webster dictionary,” said Kaye. “Racial differences produce an inherent superiority of a particular race. Based on that definition, do you not think what the president is saying—”

“He dated a black woman for two years,” said one woman. “Two of his wives are immigrants. He is not a racist.”

“If the first black billionaire is endorsing President Trump, how can you call him racist?” said another.

“These congresswomen that said they ran for Congress, ran for office because they explicitly love this country, you’re saying that’s a lie?” said Kaye. The room broadly agreed.

“Do you think it’s a coincidence these four congresswomen the president is going after, none of them are white?” said Kaye

“I don’t think it matters. It’s idiotic,” said one woman. “It doesn’t matter if they are white, man, woman, brown, yellow, anything.”

“I wish there was a white one that they — if they aren’t racist, how come they haven’t befriended one of their white female congresswomen colleagues and let her join?” said another woman, apparently missing the point that they are being grouped together specifically because the president attacked them by name, not because they only arbitrarily decided to be friends with each other.

“They won’t,” agreed another woman. “They don’t like white people, come on. They are racist.”