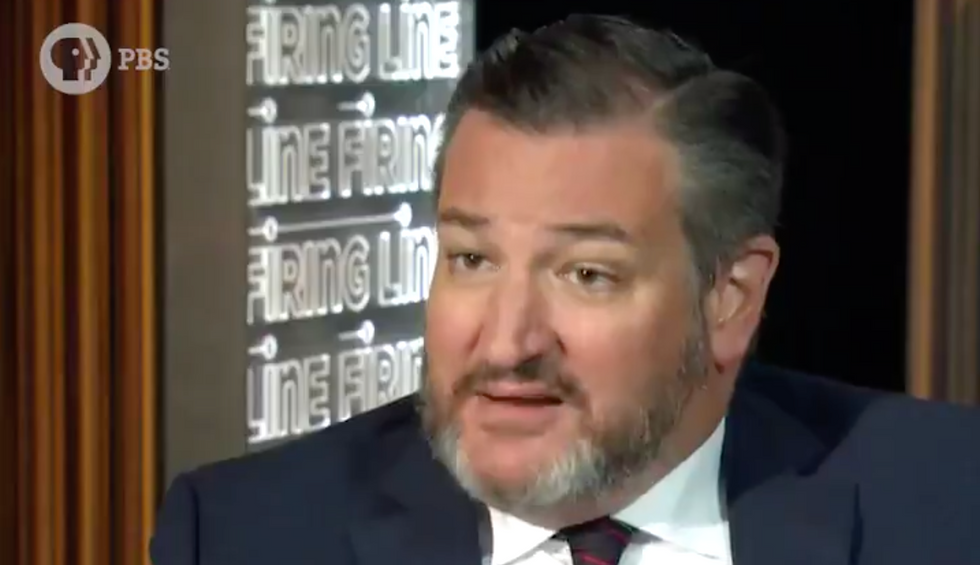 In a new clip released Thursday by PBS show Firing Line with Margaret Hoover, Sen. Ted Cruz (R-TX) explained why he's nervous about the 2020 election — and why he thinks Democrats have an even shot at winning.

"So you believe that Donald Trump could be defeated?" asked Hoover.

He continued: "But I think we are going to see staggering Democratic turnout in 2020. And in fact, if you want to know what the country is going to look like in terms of the election, I think my race in 2018 in Texas is foreshadowing. It's a crystal ball for what the country will look like."

Cruz won that race, but it was much closer than Republicans had hoped in one of their deep-red strongholds. O'Rourke won about 48 percent of the vote while Cruz secured just under 51 percent, giving the victorious Republican a narrow margin of less than 3 points. This was much smaller than the victory predicted by the RealClearPolitics polling average, which found Cruz leading by 6.8 points in the final days of the 2018 campaign.

"And what the Democrats did in Texas?" Cruz asked. "They more than doubled Democratic turnout. The reason is, look: Anger is a powerful motivator. And the far left is pissed. They are enraged by Donald Trump. And it means they're going to show up, and the big open question is: Does everybody else show up?"