Susan Collins is in deep water 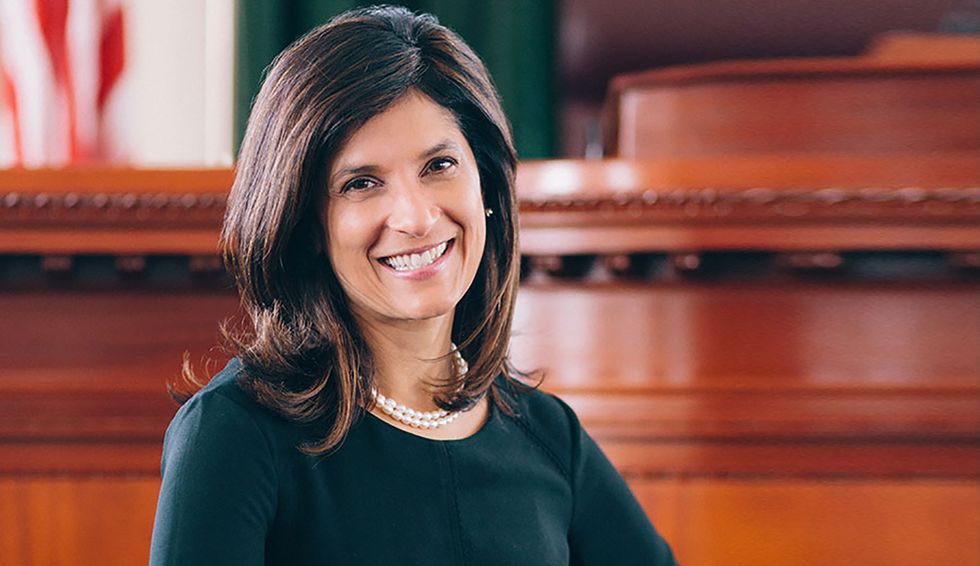 Susan Collins hasn’t officially declared she’s running in 2020, though the assumption is that she will and she has made unofficial comments to the effect that she intends to. She’s held the seat since being seated in 1997 after winning her election in 1996.  She runs on a claim of being a moderate, but her voting record shows otherwise, if only a too-credulous media would bother to look into it. According to Fivethirtyeight.com, Collins votes 69.8% of the time in line with Trump’s positions. Most recently, she voted against an effort to provide humanitarian aid along the US-Mexico border. What’s very interesting — and telling, in my opinion — is that during the last session, she voted in line with Trump more than 77% of the time, but this session she has only voted with him about 29% of the time. It looks to me like she is trying to shore up her moderate image, now that’s she’s solidified SCOTUS for Trump with her Kavanaugh vote and given him Barr at DoJ. I’m guessing the margins were sufficient that her vote didn’t matter one way or another, so she’s free to be “independent.” But as Harry Reid said about her, “She’s always there when you don’t need her vote.”

But the Kavanaugh vote tore the mask off for a lot of people, and that vote will come back to haunt her in 2020. And now she finally has a challenger that has a good chance to unseat her: Sara Gideon.

Who is Sara Gideon? She is the current Speaker of Maine’s House of Representatives, and represents Maine’s District 48. She holds a B.A. in International Affairs from the Elliot School of International Affairs at George Washington University, and served as an intern for Senator Claiborne Pell (the Pell Grant is named for him — he sponsored the bill reforming the grant in ‘72). She served on the Freeport Town Council and worked in advertising for USA Today before being elected to the state House of Representatives in 2012, where she quickly made a name for herself among her colleagues, becoming Assistant Majority Leader after her 2014 reelection, and elected Speaker in 2016.

On June 24th, Speaker Gideon declared she would open a Senate bid for the seat currently held by Susan Collins.

What does the environment look like right now in Maine? According to Fivethirtyeight, Collins’ seat is the most blue-leaning of the Republican-held seats up for election in 2020, with a D+4.9% predicted Democratic lean.

So Collins is up against an experienced politician, and while Collins is the incumbent, she has a Democratic headwind to deal with — in an environment in which anti-Trump sentiment is likely to figure heavily in the outcome. A lot of Democrats — and left-leaning independents — would crawl over broken glass dipped in lemon juice to vote against Trump at this point, and that’s going to benefit Gideon in a Democratic leaning state.

Oh, and hey — remember that campaign to raise money for an eventual challenger against Collins if she voted to confirm Kavanaugh? The outfit that started that campaign has folded, but the campaign was handed over to ActBlue to manage — including all existing pledges that had been made to that point. Here is the link: Fund Susan Collins' Future Opponent.

As of this writing, the fund sits at $4,086,187. That’s not including any funds being raised for Gideon’s campaign by ActBlue — and here is the link for that, if you’d like to donate directly to it: Sara Gideon for U.S. Senate.

So, to summarize: Collins is facing an electorate angry about her Kavanaugh vote, in a Democratic-leaning state, and facing Maine’s current Speaker of the House, who stands to benefit to the tune of more than $4 million in funds to support her campaign on top of any funds donated going forward.

Now the caveat: There’s always a caveat, right? Now isn’t the time for complacency, because despite a strong, well-funded opponent, Collins is the incumbent, with the advantages that gives, and also is raking in massive donations, to the tune of $1.1 million during the first quarter of 2019 — only 0.8% of which comes from Mainers, the rest of which comes from out-of-state donations. Numbers aren’t available for 2nd quarter yet, but doubtless the GOP is going to be pouring money hand-over-fist into the fight in a desperate attempt to hold the seat.

Full disclosure — I’m not a Mainer. I just really don’t like Susan Collins.