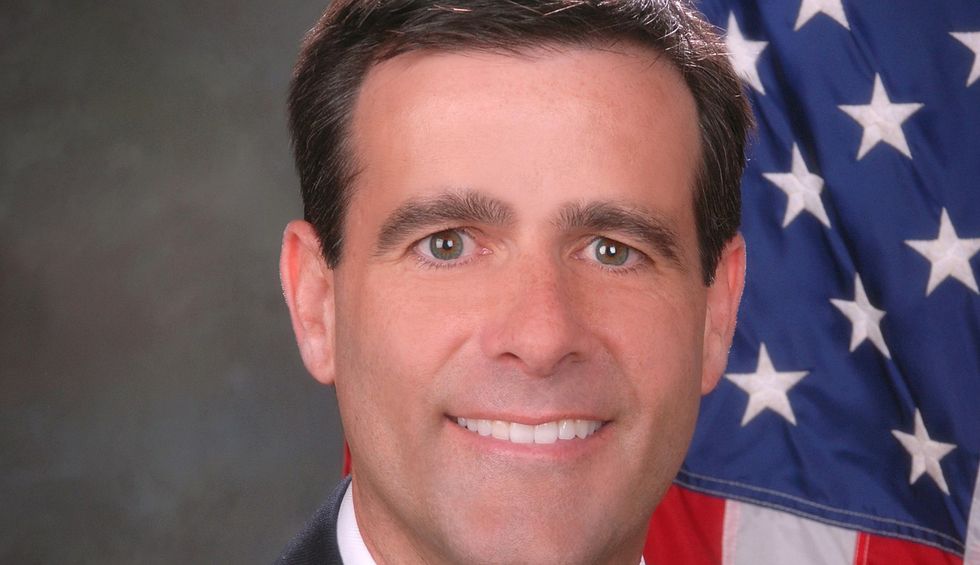 Sen. Ron Wyden (D-OR) issued a scathing statement late Monday warning that President Donald Trump's pick to serve as director of national intelligence is so unqualified that he could put lives at risk.

Rep. John Ratcliffe (R-Texas), an ardent Trump loyalist, "is the most partisan and least qualified individual ever nominated to serve as director of national intelligence," said Wyden, a Democrat from Oregon and a senior member of the Senate Intelligence Committee.

"The sum total of his qualifications appears to be his record of promoting Donald Trump's conspiracy theories about the investigation into Russian interference and calling for prosecution of Trump's political enemies," Wyden said. "Furthermore, he has endorsed widespread government surveillance and shown little concern for Americans' rights, except for those of Donald Trump and his close associates."

.@RepRatcliffe is the most partisan & least qualified individual ever nominated to serve as DNI. His only qualifica… https://t.co/LcISPFxLEc
— Ron Wyden (@Ron Wyden) 1564435295.0

Wyden's statement comes days after Trump nominated Ratcliffe—who has no background in intelligence—to replace current Director of National Intelligence Dan Coats, who is stepping down next month.

In an interview with Politico on Monday, Sen. Chris Murphy (D-Conn.) described Ratcliffe as "a television character that the president has watched on TV."

Trump, said Murphy, "wants to put somebody in this position who's going to agree with his political take on intelligence."

"I'll certainly do my own evaluation," Murphy added, "but it strikes me as a very inappropriate choice for the job in a moment when we are trying to lift intelligence out of the political soup."