Robert Reich: Here's what Democrats must do to beat Donald Trump 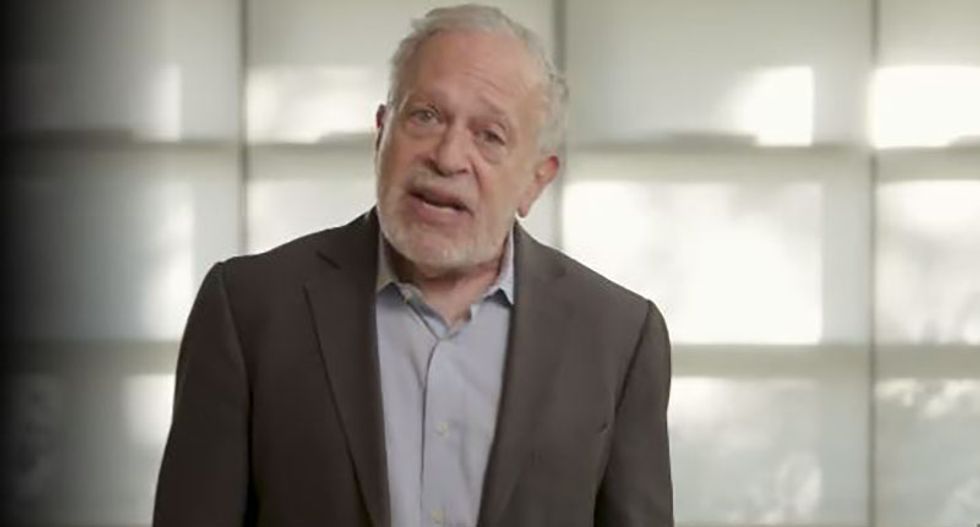 Imagine an opposition political party in a land being taken over by an oligarchy, headed by a would-be tyrant.

The tyrant and the oligarchy behind him have convinced many voters that the reason they feel powerless and economically insecure isn’t because the oligarchy has taken most of the economic gains and overwhelmed the government with their money. It’s because the country has been taken over by undocumented immigrants, Latinos, African-Americans, and a “deep state” of coastal liberals, intelligence agencies, and mainstream media.

This is rubbish, of course, but the tyrant is masterful at telling big lies, and he is backed by the oligarchy’s big money.

Imagine further that the opposition party will soon face another election in which it could possibly depose the tyrant and overcome the oligarchy. But at the rate they are consolidating power – over the courts, politics, and the media – this could be the opposition’s last chance.

What would it do?

Would it allow virtually anyone to seek to be the party’s candidate for president (and gain valuable brand recognition along the way) – including spiritual gurus, one-issue entrepreneurs, and minor elected officials who have never even run for state office?

I doubt it. The party would establish criteria to filter out those who had no real chance.

Would it let almost every one of them go on television to debate one other – thereby placing a premium on one-line zingers, fast talk, and rapid-fire putdowns? Would it assign them randomly to one of two nights, so several candidates with the most support wouldn’t even get to debate one other?

Of course not. Instead, it would take the half-dozen who had the best chance, and structure the debates so they could demonstrate their understanding of the issues and the forcefulness of their ideas in lengthy back-and-forth exchanges.

Would it encourage them to split the party over policy issues that almost no one understands, such as the meaning of “Medicare for all” – thereby causing some voters to become alarmed about a government takeover of the healthcare system, and others to worry the government won’t go far enough?

No. It would encourage the candidates to emphasize the larger goal – in this case, to provide health insurance to everyone, and have them explain that a so-called “public option” to buy into Medicare would eventually displace for-profit private insurers anyway, because it would be so much cheaper.

Would it let any of this deflect attention from the tyrant keeping children in cages at the border, coddling foreign dictators and inviting them to help him in the next election, shattering alliances with other democracies, using his office to make money for himself and his family, lying non-stop, subsidizing fossil fuels and downplaying climate change, claiming the media is guilty of treason, and undermining other democratic institutions and norms?

Of course not. Although it would want its candidates to float some ambitious and sensible proposals that would get people hopeful about the future, it would also want them to keep attention on what the tyrant was doing and the dangers he posed.

Finally, given the extraordinarily high stakes in the upcoming election, would it decide on its candidate in much the same way it has done in the recent past – solely on the basis of who can attract the most primary voters and caucus attenders?

No. It would have its eye on the general election. It would be thinking strategically about how to attract voters in places the tyrant won in the last election but could swing back. In America, that would be Florida, Ohio, Pennsylvania, Michigan, Wisconsin, Arizona, and North Carolina.

This doesn’t mean it would support a “moderate” or “centrist” candidate. These terms mean little in land succumbing to tyranny and oligarchy.

It would do best with a candidate able to create a multiracial coalition to fight the tyrant and his oligarchy – a coalition combining poor, working class and middle class whites, blacks, and Latinos.

It needs a candidate who can explain how the tyrant uses racism and xenophobia to divide and conquer, turning the majority against each other. A candidate who helps people understand that a necessary part of fighting tyranny is fighting racism, and a requisite for fighting inequality is reversing climate change. A candidate who can unite the country around an agenda of robust democracy and shared prosperity.

This may sound fanciful, but the challenge is real, and America’s Democratic Party must meet it over the next seventeen months.

What may be fanciful is that today’s Democratic Party has the power to select its candidate in the ways I’ve suggested.

Yet the stakes in the 2020 election are larger than any election in living memory. The Democrats’ selection of a candidate therefore is no ordinary thing. In a very real sense, the fates of America and the world depend on it. The question is whether the Democratic Party is up to the task.