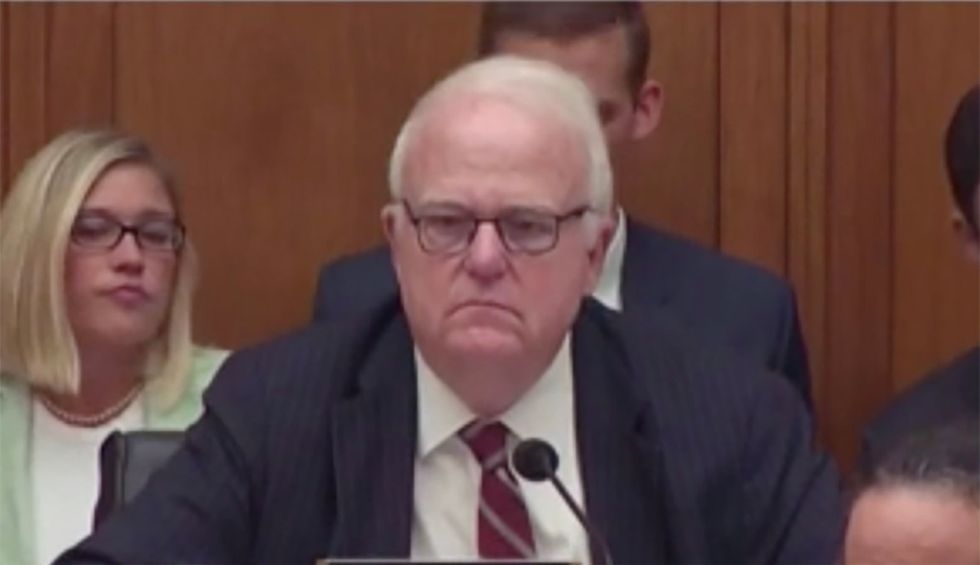 During former special counsel Robert Mueller’s testimony before the House Judiciary Committee, Rep. Jim Sensenbrenner (R-WI) tried to ambush Mueller into admitting that he shouldn’t have been investigating President Donald Trump in the first place — but accidentally highlighted a key reason why Congress needs to open impeachment proceedings against him.

“Okay, now volume two, page one,” said Sensenbrenner. “Your report boldly states, ‘We determine not to make a traditional prosecutorial judgment.’ Is that correct?”

“I tried to find that citation, congressman,” replied Mueller.

“It’s volume two, page one,” repeated Sensenbrenner. “It said, ‘We determine not to make a traditional prosecutorial judgment.’ That’s right in the beginning. Now, since you decided, under the [Office of Legal Counsel] opinion, you couldn’t prosecute a sitting president, meaning President Trump, why do we have all of this investigation of President Trump that the other side is talking about when you knew that you weren’t going to prosecute him?”

“Okay,” said Sensenbrenner. “Well, if you’re not going to indict the president, then you just continue fishing. And that’s — you know, that’s my observation.”

Sensenbrenner did not appear to understand that Mueller had subtly led him to a key fact: if sitting presidents cannot be indicted, but can be investigated, then the logical conclusion is that it is his job to open an impeachment inquiry based on any wrongdoing by Trump presented in Mueller’s report.

Former U.S. Attorney Barbara McQuade also articulated this point on Twitter. “Rep. Sensenbrenner’s question is answered in the report – even if President can’t be indicted, he can be investigated to ‘preserve evidence’ because he can be charged later or impeached,” she wrote.