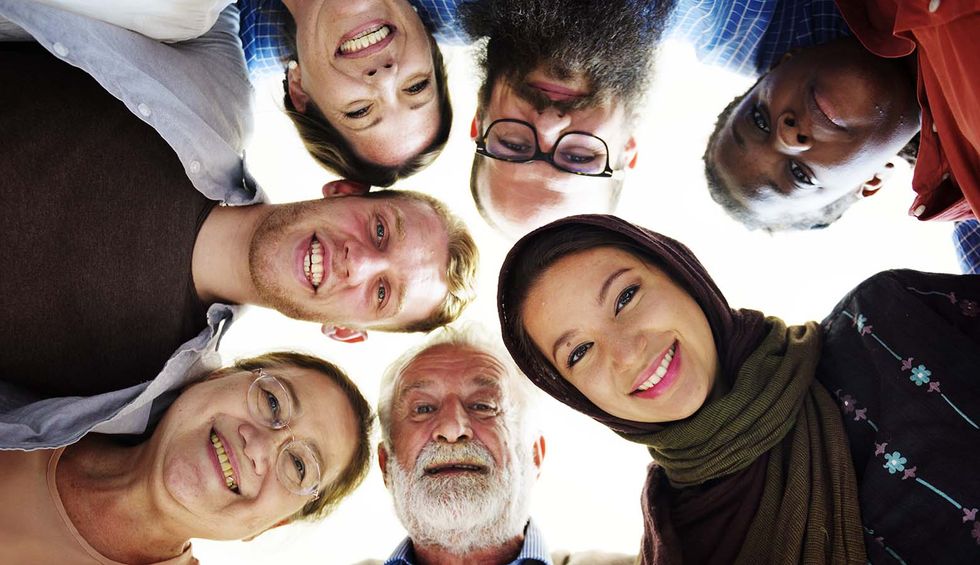 The United States’ Independence Day celebrations are marked each year by gaudy displays of red, white and blue, violent-sounding fireworks and inaccurate claims of America being the world’s greatest country.

It is as though we as a nation are trying so hard to prove our greatness to ourselves and to the world that we manufacture an alternate reality. In our flag-waving imagination, we are a nation of prosperous innovators and potential billionaires. The meritocracy is alive and well, no one dies of preventable illnesses, all those who end up in prison deserve their fate, immigrants who simply follow the laws are welcome and our military is the mightiest on the planet. We outperform other nations on trade, war and democratic values. Sure, we have flaws, but we work hard to address them. If we are liberal, our problems are the fault of conservatives, and if we are conservative, the liberals are to blame.

In the meantime, we stand up, hands on hearts, each time “The Star-Spangled Banner” is played or the Pledge of Allegiance recited, no matter what the occasion—a football game, a concert, a city council meeting or anytime on the Fourth of July—and move through the motions of a charade we would be hard-pressed to explain. What exactly are we celebrating? Concentration camps filled with defenseless refugee children, women and men? Why are we claiming that this is the “land of the free and the home of the brave” when freedom is reserved for the privileged and courage is lacking in the halls of power?

President Donald Trump’s slogan, “Make America Great Again,” assumes that America was once a great nation. But while it has always been great for a privileged few, there are far too many failings over the course of our nation’s history to deserve the label of greatness. To many Americans, patriotic pride is so ingrained that even those who identify as liberal feel deeply and personally insulted by such realistic pronouncements. “If you don’t like it, go back to where you came from” is the standard response to those among us who refuse to stand during the national anthem. Worse, these days, liberals and conservatives alike engage in moblike chants of “USA, USA” as an assertion of national pride. But drowning out others’ voices with a meaningless slogan is an act of bullying, not pride.

The brazen display of military might that Trump has demanded for this week’s Independence Day parade in Washington, D.C., is a perfect emblem of the corrosive nature of nationalism. It is no surprise that millions of dollars of fees from national parks were diverted to satisfy his whims. Ugly displays of patriotism are needed at all costs, because commanding blind allegiance from a pliant population is apparently far more important than preserving our national parks.

America is not unique in cultivating rabid nationalism under the guise of patriotism. Plenty of nations engage in syrupy displays of national pride because it is so effective in keeping a population docile and unquestioning. The American tradition of playing the national anthem at sporting events first became popular during World War I and was revived during World War II. Wartime is a critical period for the state to command unwavering loyalty from its citizens. If patriotism means loving your country exactly the way it is, no matter how bloody its actions in a theater of war, then there is no reason to protest or dissent. Protesters and dissenters in such a world are akin to traitors. The embracing of national pride becomes a litmus test of citizenship.

Ironically, immigrants—especially those with papers—are often guilty of engaging in ardent displays of patriotism. We understand that our fealty to the state is always in question, so we work harder than most to prove ourselves worthy of naturalization. Fox News’ Tucker Carlson said last year, in reference to Central American migrant caravans, “When you arrive in a country to contribute to it and to assimilate into its culture, you don’t wave the flag of a foreign nation. That’s what you do in triumph when you invade a country.” This sentiment is widely accepted around the U.S. Entry to this nation means giving up one’s culture, suppressing it or expressing it apologetically. You cannot wave the flags of your home country and your adopted one, for nationalism has no room for nuance. You have to pick one or the other in the starkly black-and-white terms set by flags and anthems.

In 2008, then-Sen. Barack Obama’s presidential candidacy was in question because of his reticence to wear a flag pin on his lapel. Obama’s initial and nuanced answer to why he didn’t wear the pin was, “I’m going to try to tell the American people what I believe … and hopefully, that will be a testimony to my patriotism.” But that didn’t fly, especially given the junior senator’s race and foreign-sounding name. He eventually took to wearing the flag pin at all times to prove his loyalty. But that was not enough for his racist, right-wing detractors, including a certain New York City real estate developer who consistently questioned Obama’s birthright citizenship.

Trump and Trumpism are the predictable outcome of obedient national pride. Just look at the president’s supporters and their red, white and blue attire, worn every day of the week, not just on the Fourth of July. Trump’s backers make quite clear the equivalence between the flag and their president. Trump’s presidency has centered on litmus tests of citizenship—symbolized most effectively by his administration’s bitter fight to ask the citizenship status of all American residents on the 2020 Census. In Trump’s America, chants of “USA, USA” are interchangeable with “Trump, Trump.” Those who refuse to stand for the national anthem are traitors deserving of prosecution. The right to free speech is reserved for hate speech. Critical reporting is simply “fake news.”

This Fourth of July, will we choose the same ugly patriotism that drives Trumpism, or will we sit out the anthems and work instead to realize this nation’s unfulfilled ideals?