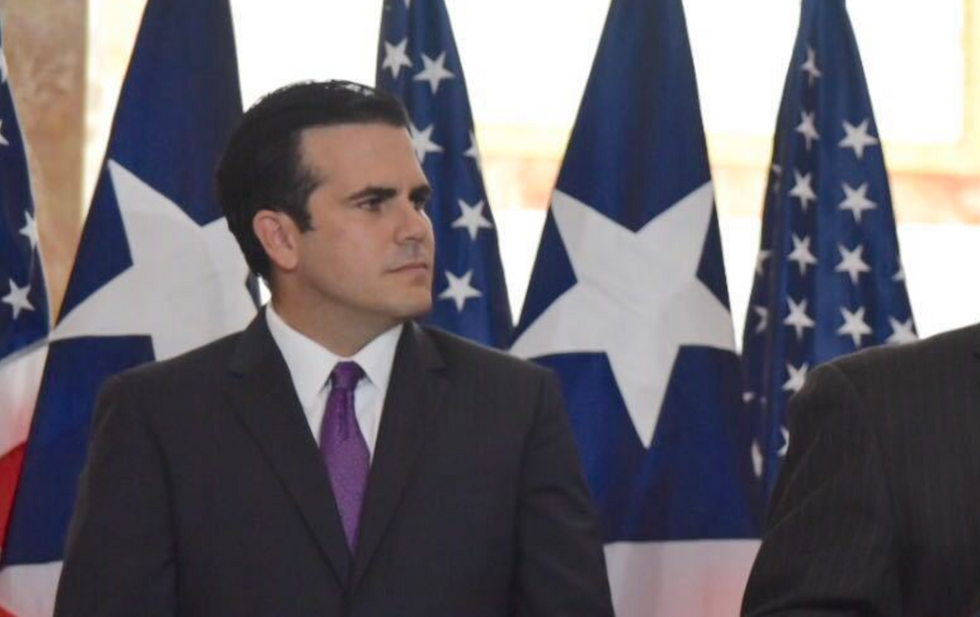 Hundreds of thousands of Puerto Ricans are mobilizing in San Juan in the island's largest protest in recent history to call for the resignation of the island's governor, Ricardo Rosselló.

Protesters took the streets of San Juan and other parts of the island in recent days, waving the Puerto Rican flag and chanting "Ricky, renuncia!" (Ricky, resign!) as part of the "March of the People." The protests calling for Rosselló's resignation come after Puerto Rico's Center for Investigative Journalism published at least 889 pages of private chat messages between the governor and members of his inner circle. The exchanges are profanity-laced, homophobic and sexist.

The protesters have said they won't stop until Rosselló resigns. So far, Rosselló stated that he won't seek reelection but vowed to finish out his term. He also resigned as President of the New Progressive Party.

In chats on the encrypted messaging app Telegram, Rosselló mocked an obese man he had posed with in a photo; called former New York City Council Speaker Melissa Mark-Viverito a "whore"; made homophobic remarks about pop star Ricky Martin; and argued San Juan Mayor Carmen Yulín Cruz must be "off her meds" by deciding to run for governor against him in 2020.

The group chat members joked about the casualties caused by Hurricane Maria, which tore through Puerto Rico in September 2017.

Many see the scandal, which some are calling "RickyLeaks" and "Chatgate," as the last straw for an island still reeling from the destruction of Hurricane Maria. Some of the island's residents are still recovering from the catastrophic storm that killed thousands of people and left even more with power, all amid a decade-long financial crisis.

The FBI is also investigating the finances of Unidos por Puerto Rico, the non-profit organization launched by the governor and his wife, Beatriz Rosselló, to streamline donations to the island after Hurricane Maria.

Calls for Rosselló's resignation increased amid the federal corruption probe — and they exploded in the wake of RickyLeaks. Two cabinet officials have stepped down in the wake of the scandals, though Rosselló has said that he plans to stay in office.

"I want to thank in a very special way my fellow Vice Presidents, Jennifer González and Johnny Méndez, for their support and confidence to establish order and direction in our community. I will dedicate myself with soul, life and heart," Rivera Schatz wrote. "To the Puerto Ricans who were offended, I reiterate that our party rejects this behavior, censures these expressions and is in solidarity with you."

Many politicians from the U.S. mainland have started remarked on the crisis in Puerto Rico. President Donald Trump — who has called Puerto Rican officials "incompetent or corrupt" and who has opposed sending additional federal aid to the territory following Hurricane Maria — took aim at Rosselló on Twitter.

I stand with Puerto Ricans who are taking to the streets this week to protest government corruption & Governor… https://t.co/juvYNQ3kqm
— Elizabeth Warren (@Elizabeth Warren)1563370549.0

So far, Rosselló has rejected the mounting demands for his resignation — including some from inside his party. He apologized for his "inappropriate" messages in a public address last week.

"We will make changes — no doubt," he said. "I've made the determination that I have to keep my promise and continue to work to do the job that the public has trusted me to do."