Puerto Ricans celebrate as historic protests force resignation of Gov. Rosselló: 'This is just the beginning' 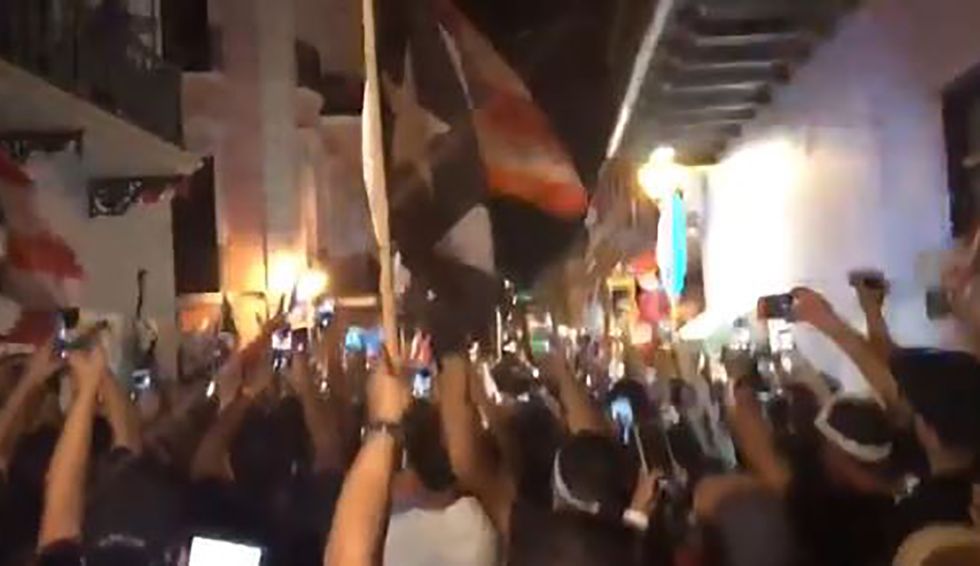 Puerto Ricans erupted with joy and celebration after Gov. Ricardo Rosselló announced Wednesday night that he will resign amid historic protests over his corruption and slur-filled text messages, but activists were quick to make clear that Rosselló's ouster is just the first step toward bringing about necessary systemic changes to the island's political system and economy.

Video footage captured the moment thousands of demonstrators outside the governor's mansion heard Rosselló say he will resign effective August 2.

This was the moment thousands of protesters, standing in front of the governors mansion, tonight, heard the governo… https://t.co/EsdS3KyRPo
— David Begnaud (@David Begnaud) 1564032393.0

A beautiful moment for the amazing people of #PuertoRico who would not give up and know this is just the beginning.… https://t.co/xEcFxRaDML
— Naomi Klein (@Naomi Klein) 1564031302.0

"And so the dismantling begins," tweeted Puerto Rican activist Christine Nieves. "Ricky has resigned effective August. Tomorrow we celebrate. Tomorrow we'll demand out with the fiscal board, auditing and canceling of debt. Today we have changed history. Now, we want more. WE. WON'T. STOP."

Both before and after Rosselló said he plans to step down—a decision that came just days after an estimated 400,000 people flooded the streets in a general strike—Puerto Ricans also demanded the resignation of Secretary of Justice Wanda Vázquez, who is in line to succeed Rosselló as governor.

Vázquez has faced ethics investigations and been accused of complicity in the Rosselló government's corruption.

"This is a very important precedent, we have now a de facto recall right," said Cordero. "The schemes revealed through the chats question the legitimacy of all the institutions of this old and obsolete colonial regime. We need new alternatives for bipartisanship is no longer an option."

"Now our demands include the repeal of [the Puerto Rico Oversight, Management, and Economic Stability Act], the abolition of the undemocratic [Financial Oversight and Management Board], cancellation and audit of the debt, an adequately funded program of democratic economic reconstruction, and a true self determination process," Cordero added.

Lawmakers on the U.S. mainland applauded the Puerto Rican people for rising up and forcing change.

"I'm inspired by my fellow U.S. citizens and their movement to hold their government accountable," Warren tweeted.

Sen. Bernie Sanders, who is also vying for the 2020 Democratic presidential nomination, congratulated "the millions of people in Puerto Rico who came together to demand the resignation of Governor Rosselló."

"When we stand together," said Sanders, "there is nothing we cannot accomplish."