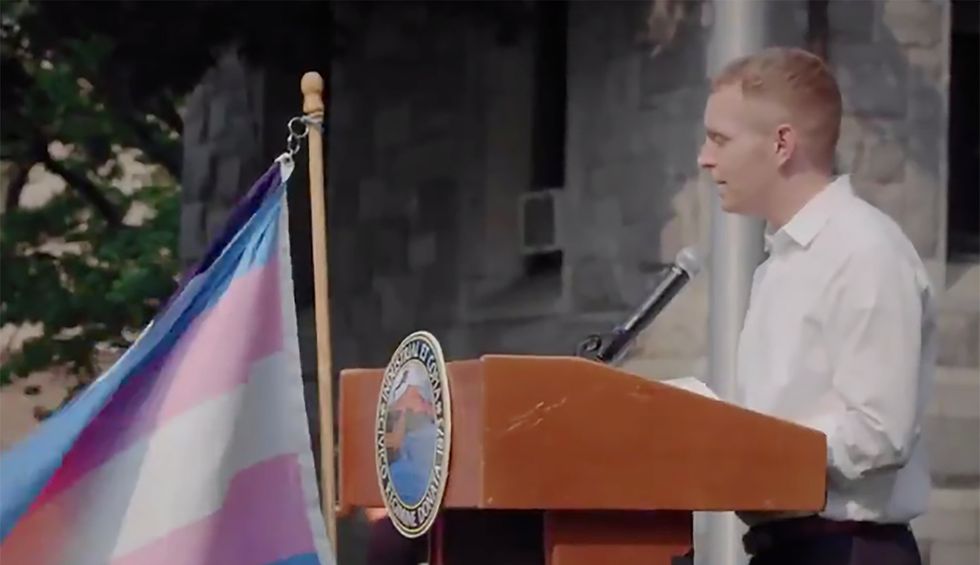 A progressive mayor who was born the same year Democratic Rep. Richard Neal took office announced Monday that he is challenging the House Ways and Means Committee chairman in the 2020 election.

"The fact is, [Rep. Richard Neal] has been largely silent on the issues that matter most." —Mayor Alex Morse

Holyoke, Massachusetts Mayor Alex Morse launched his primary challenge against the centrist Democrat with a video in which he described his background as the son of parents who grew up in poverty, fighting for a sustainable economy in his hometown during four terms as mayor, objections to Neal's close ties with corporations, and denouncing the congressman's lack of "urgency" when it comes to fighting back against President Donald Trump.

"There's an urgency in this moment in our country and that urgency is not matched by our current representative in Congress," Morse says in the video. "It's no accident that we have disparities in the district. There's no transparency. It sends the message that wealthy donors and corporate PACs and corporations are far more important than the interests and needs and struggles of the people that we interact with each and every day."

On his official Twitter account, Morse has made clear his support for Medicare for Alland the Green New Deal as well as grocery store workers who went on strike in Holyoke to demand fair wages.

Morse's campaign website details how he spearheaded economic growth in the city by pushing for renewable energy projects "to prepare the city for the coming climate change demands" and pursued a "housing strategy that promotes growth while avoiding gentrification."

He also declared Holyoke a sanctuary city in 2014, was the first Massachusetts politician to endorse marijuana legalization, and implemented a needle exchange program to help combat the opioid epidemic.

Morse is declining all corporate PAC donations during his congressional campaign, contrasting sharply with Neal. The 30-year congressman took more than $2 millionfrom PACs in 2018, including groups representing agribusiness, the for-profit healthcare sector, and the defense industry.

Neal has recently come under fire from progressives for declining to call for impeachment proceedings and taking months to subpoena Trump's federal tax returns after the Democrats took control of the House earlier this year. As Common Dreamsreported, he signaled his reluctance this month to demand Trump's state returns even after New York state lawmakers passed legislation allowing him to do so.

The congressman, who took more than $1 million from the for-profit healthcare sector in the 2018 election cycle including $379,650 from the insurance industry, also discouraged the use of the term "Medicare for All" in June at a hearing regarding the proposal.

"The fact is, the congressman has been largely silent on the issues that matter most," Morse told The Daily Beast. "He's been absent, unaccountable, and unavailable. It's not just that we need new leadership in Washington. We need new leadership that understands that we can no longer settle for small, incremental, and compromising progress. We need to be on offense. We need to be fighting for something, not just against."

As a mayoral candidate shortly after graduating college, Morse "knocked on probably 90 or 95 percent of the doors in Holyoke," his father says in the video.

"Whether it's Holyoke or Springfield or parts of the Berkshires that once relied on manufacturing," Morse says, "to the extent that we can show people that your member of Congress can be an incredibly powerful tool to improve your quality of life, to improve your community, is something that needs to be reminded to every single person and every single town and city in this district."