Pressure on Pelosi grows as more than 100 House Democrats back Trump impeachment inquiry: 'This is a crooked CEO in the White House' 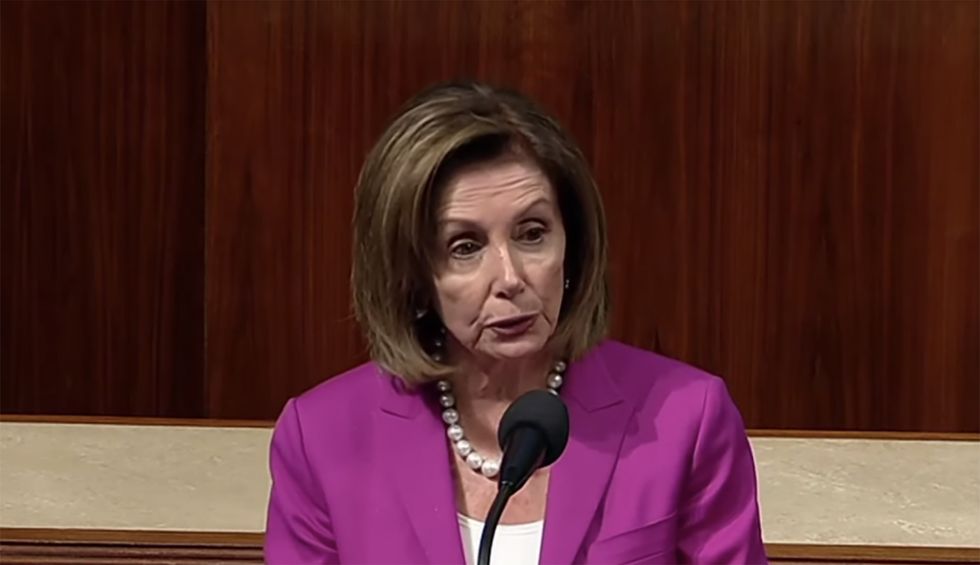 Intensifying pressure on Speaker Nancy Pelosi to act on her warning that President Donald Trump has sparked a constitutional crisis, 109 House Democrats have now expressed support for impeachment proceedings after four more lawmakers on Sunday joined the rapidly growing chorus.

According to Politico, more than a dozen members of the House Democratic caucus have called for an impeachment inquiry against Trump since Special Counsel Robert Mueller testified before Congress last week, including Rep. Katherine Clark (D-Mass.), a member of Pelosi's leadership team.

"Congress has a responsibility laid out in the Constitution to perform oversight," said DelBene. "Further underscoring his disregard for the Constitution, the president has attacked the free press, ignored congressional subpoenas, and instructed his own staffers not to cooperate with ongoing investigations. With every act of defiance, he continues to disgrace his office and violate the checks and balances that are the foundation of the Constitution."

Pelosi, the top Democrat in Congress, has thus far resisted pressure from the grassroots, her caucus, and her leadership team to launch an impeachment inquiry, claiming on several occasions that the House doesn't need to launch hearings because Trump is already "self-impeaching."

Progressives argued following Mueller's congressional testimony last week that while the special counsel's performance was not rhetorically dazzling, he has already provided the House with more than enough evidence to move forward with an impeachment inquiry.

"There will be endless assessments of the Mueller hearings," wrote The Nation's John Nichols in a column last week. "But what Mueller said will never matter as much as what the committee does. This is where we find ourselves after years of investigation, months of debate about the report from that investigation, and a day of high-stakes testimony. At this point, we need to think a lot less about Robert Mueller and a lot more about what comes next."

"That is the process of impeachment," wrote Nichols. "And it needs to begin. Now."

"Donald Trump has committed impeachable offenses and needs to be held accountable," said Credo Action co-director Josh Nelson. "But by refusing to open an impeachment inquiry, House Democratic Leadership is ignoring the facts laid out by Robert Mueller at his testimony."

"Unwillingness to use this mounting evidence," said Nelson, "makes Congress complicit as Trump shreds the Constitution while enacting cruel and racist policies that endanger our communities. Democrats can and must do better."

With a flurry of lawmakers backing impeachment hearings following Mueller's appearance before Congress, nearly half of the House Democratic caucus is now on board with launching the proceedings, and momentum is expected to continue growing in the coming days.

In response to Trump's racist attacks on Baltimore over the weekend, Rep. Rashida Tlaib (D-Mich.)—an outspoken supporter of impeachment—told CNN Sunday that the president's "hate agenda" must be stopped.

"This hate agenda is now seeping into policy-making," said Tlaib. "This is a crooked CEO in the White House that is making decisions based on profits, based on where his friends [are], and based on what his Trump Organization, his for-profit industry, would benefit from, versus what is best for the American people."