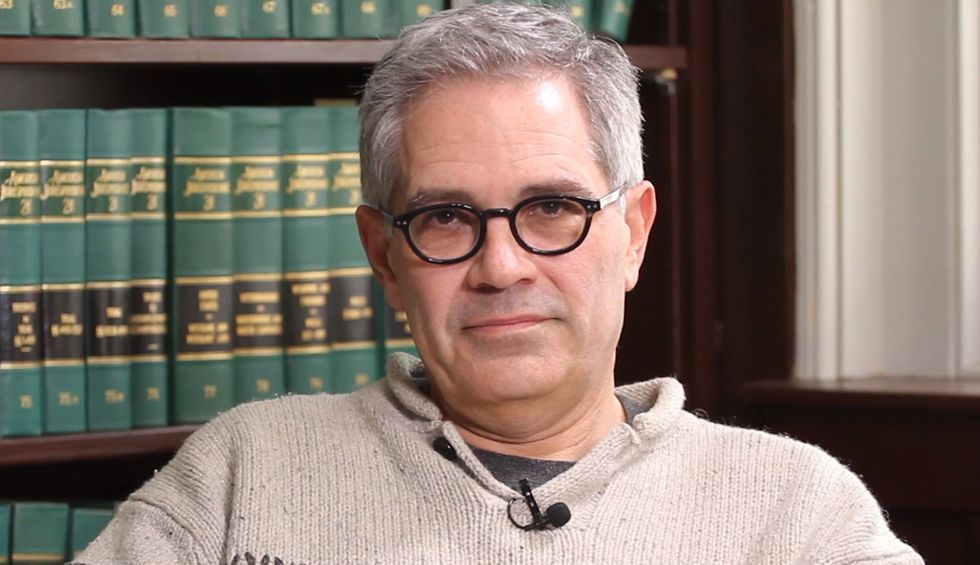 Philadelphia District Attorney Larry Krasner has asked the Pennsylvania Supreme Court to declare the death penalty system unconstitutional, a move in line with a national dwindling of support for the death penalty. “Because of the arbitrary manner in which it has been applied, the death penalty violates our state Constitution’s prohibition against cruel punishments,” Krasner states in a brief filed in the case Jermont Cox v. Commonwealth of Pennsylvania.

Krasner’s challenge is part of a series of amicus briefs filed in support of life sentences for Cox and another death row inmate, Kevin Marinelli. Both Cox and Marinelli were sentenced to death for homicide; both are represented by the same lawyers.

The briefs come from organizations including the ACLU of Pennsylvania and the Juvenile Law Center, and from the murder victims’ family members. The four family members’ brief filed in Cox’s case “know the pain, confusion, heartache, and trauma left in the wake of a loved one’s murder,” the brief states. But they oppose the death penalty, knowing “firsthand that its imposition only complicates grieving and impedes healing.”

The court’s justices—five Democrats and two Republicans—said in December they will consider whether to take up the issue.

At the state level, about half of death row prisoners were black over the past 30 years, even though the state’s black population is less than 12%.

The lawyers representing Cox and Marinelli asked the state Supreme Court to weigh in on the use of the death penalty last August, when they called it “a system of capital punishment that is replete with error, a national outlier in its design, and a mirror for the inequities and prejudices that plague American society.”

In 2013, Philadelphia County ranked third in the country in people it had prosecuted being on death row. When Krasner ran in 2017, he promised not to seek the death penalty.

Death sentences have plummeted nationwide, with executions highly geographically concentrated. The year 2018 marked the fourth year in a row with fewer than 30 executions—and half were in Texas. Ronald J. Tabak, chair of the Death Penalty Committee of the American Bar Association’s Section of Civil Rights and Social Justice, attributes the decline partially to reformist district attorneys in formerly high-use areas, including Krasner in Philadelphia.

Krasner and a handful of other reformist district attorneys who’ve opposed the death penalty stand out, The Justice Collaborative legal director Jessica Brand said. “They’re used to the tough on crime mantra in people’s DNA,” she said. Still, opposition to capital punishment has recently gained momentum among Democrats.

When recently elected California Gov. Gavin Newsom imposed a moratorium on the death penalty, several Democratic presidential candidates expressed their support. The New York Times questioned the candidates on whether they support or oppose the death penalty, and every candidate except for Gov. Steve Bullock of Montana said they oppose it. Former Vice President Joe Biden was not interviewed, though he has consistently supported the death penalty in the past.

It’s a sharp turn from the “tough on crime” Democratic Party of the ‘90s and 2000s, when then-Arkansas Gov. Bill Clinton was running for president and made a point to return to Arkansas to oversee the execution of a mentally ill black man, Ricky Ray Rector.

Still, Pennsylvania’s Democratic Attorney General Josh Shapiro has said he supports the death penalty for “the most heinous of crimes.” Cox was sentenced to death in one of three drug-related murders in Philadelphia. Marinelli was found guilty of the torture killing of a Northumberland County man during a robbery. On Monday, Shapiro filed a brief requesting the court decline jurisdiction over the cases. “Our brief makes clear the Office of Attorney General’s position that policy decisions should remain the responsibility of the Legislature, and that these issues should be a priority,” the attorney general’s spokesperson Jacklin Rhoads said in a statement.

Shapiro’s brief argues that the issue of racial discrimination in Pennsylvania’s death penalty system should also be a legislative concern, rather than for the courts to pursue. “In our constitutional system it is the legislature which best discerns and represents the will of a sovereign people,” the brief states. More than a dozen state senators filed an amicus brief in agreement with Shapiro.

Shapiro’s filing comes on the heels of another act to halt Krasner’s reforms. The state legislature recently passed a bill which grants Shapiro the authority to prosecute certain gun offenses, which means he could overstep cases in which Krasner chooses not to prosecute. The bill gives Shapiro this authority only in Philadelphia, and only for the the next two years until Krasner is up for re-election.

The dynamic in Philadelphia over the use of the death penalty is indicative of a broader national question on criminal justice. In Washington, King County District Attorney Dan Satterberg called the death penalty “broken” and called for its repeal.

In Missouri’s St. Louis County, District Attorney Wesley Bell ran on a promise not to pursue the death penalty, and sparked news when he stuck to the promise in the case of Thomas Bruce, who is charged with killing one woman and sexually assaulting others at a Catholic Supply store.

And though Texas still has a disproportionate concentration of death convictions, the election of reform-minded district attorneys in Dallas County and Bexar County, where San Antonio is located, have led to a decline in death penalty cases.

So other district attorneys will have an eye on Philadelphia in September, when the court will decide whether to make a decision on the question of the death penalty’s constitutionality. “The death penalty is broken, racist, and it’s putting the most vulnerable people on death row, not the worst of the worst. Krasner is in line with enormous momentum on this issue,” Brand said. “It’s another extension of the question, where are we on crime? Where are the Democrats?”

Alexandra Arriaga is a staff reporter at Prism focusing on voting rights and criminal justice. You can follow her on Twitter at @alexarriaga__.