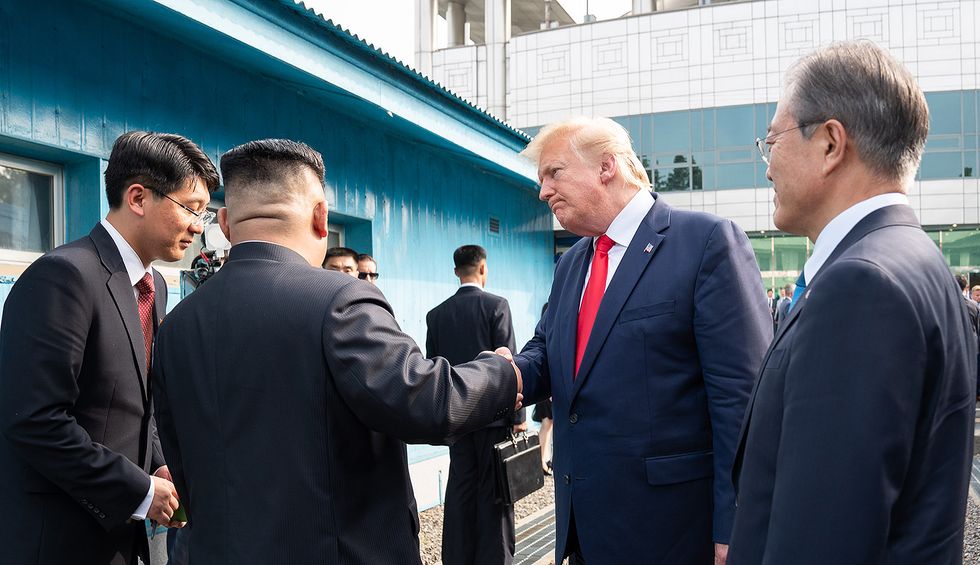 South Korean officials have reported that North Korea launched two projectiles toward the Sea of Japan, according to multiple outlets, further fueling doubts about President Donald Trump's attempts at diplomacy with Kim Jong-un.

According to CNN, the projectiles were "most likely missiles."

On Monday, Trump was continuing to boast about his relationship with the North Korean regime, despite little measurable progress toward diplomatic goals.

[The launches] follow President Donald Trump's June meeting with Kim in the demilitarized zone and his brief foray into North Korea -- a high-profile visit that has failed to yield any tangible signs of diplomatic progress toward the stated US goal of denuclearization.

North Korea conducted a similar launch in May, its first missile test since 2017, which served as a clear warning of Kim's frustration at the state of talks with the US. Negotiations had been deadlocked since Trump walked out of their Vietnam summit early in February.