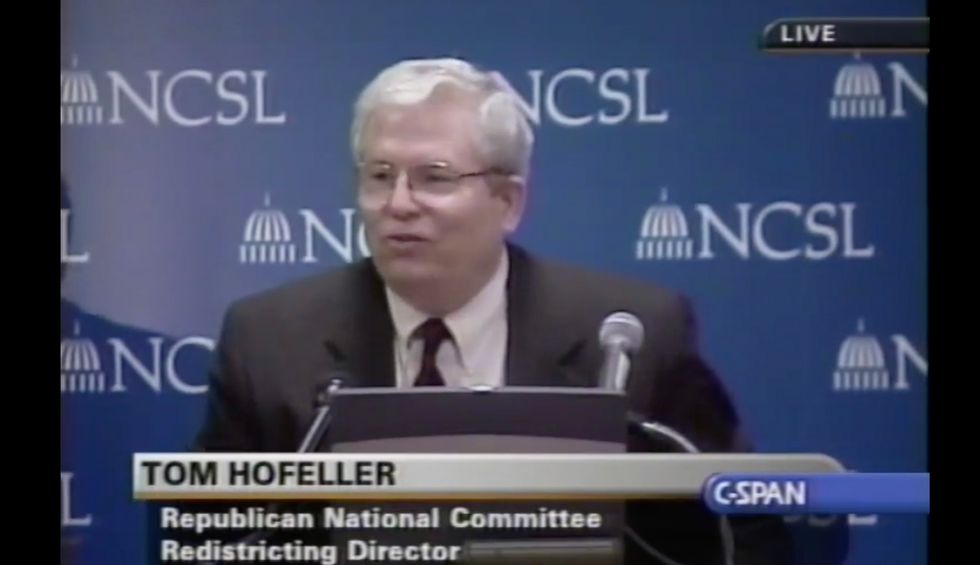 The Supreme Court may have said it’s a-okay for North Carolina Republicans to gerrymander congressional districts for partisan purposes, but a state-level lawsuit could still strike down gerrymandered legislative districts. Naturally, Republicans are doing everything they can to prevent relevant evidence against them from making its way into court.

Thomas Hofeller, the Republican gerrymandering expert who proposed a census citizenship question to benefit “Republicans and non-Hispanic whites,” also worked on North Carolina’s gerrymander. After an earlier Hofeller gerrymander was struck down by the courts, Republican legislators promised that this time, they wouldn’t use racial data. Except guess what—when Hofeller’s files were turned over to Common Cause after his death, it turned out that he had racial data for North Carolina on his computer.

A lawyer for the Republican legislators claims that evidence shouldn’t be allowed in the case because the legislators didn’t know Hofeller had the racial data: “There’s no evidence the legislature knew of any of this, okay? We take that as a given. So what Dr. Hofeller was doing with maps on his own time can’t possibly relate to the intent of the legislature..” So … the claim is that Republicans should be able to use Hofeller’s maps drawn using racial data because they didn’t know that’s how they were drawn? (“Didn’t know”—it’s awfully convenient, and unprovable.) This is like saying “Well, your honor, I bought my car from the same guy I previously bought a stolen car from. But this time I didn’t know it was stolen, so I should get to keep it.”

A three-judge panel will soon rule on whether the Hofeller evidence will be allowed in.