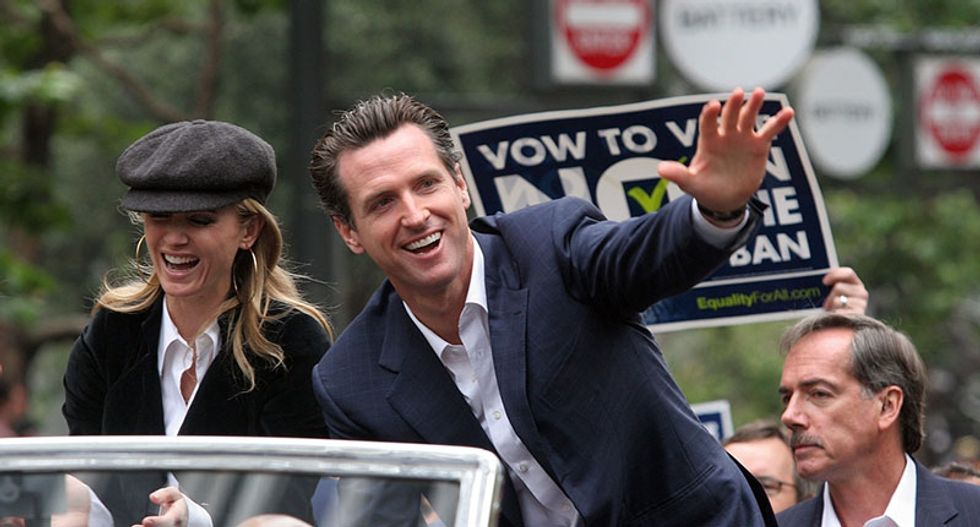 President Donald Trump, much to the consternation of many Democrats, has refused to make his tax returns public. And California Gov. Gavin Newsom has responded by playing hardball and signing into law a bill requiring presidential candidates to release their tax returns in order to be included on the state’s primary ballots.

On Tuesday, Newsom — a Democratic governor in a blue state that became ever bluer in the 2018 midterms — signed into law California Senate Bill 27, a.k.a. the Presidential Tax Transparency and Accountability Act. Under the new law, presidential candidates must release their tax returns from at least the last five years.

Newsom, who believes that SB 27 should become a “national standard,” stated, “As one of the largest economies in the world and home to one in nine Americans eligible to vote, California has a special responsibility to require this information of presidential and gubernatorial candidates. The disclosure required by this bill will shed light on conflicts of interest, self-dealing or influence from domestic and foreign business interest.”

Another Democrat who has been a vocal supporter of SB 27 is California State Sen. Mike McGuire, who said, “If he has nothing to hide, President Trump shouldn’t be afraid to give American voters what they want: a copy of his tax returns. This common-sense legislation applies equally to all candidates from all political parties, including the governor of California.”

The Presidential Tax Transparency and Accountability Act not only applies to presidential candidates, but to future California gubernatorial candidates as well. Going forward, Californians who run for governor will be required to make their returns publicly available on the California secretary of state’s website.