Nancy Pelosi is not on our side 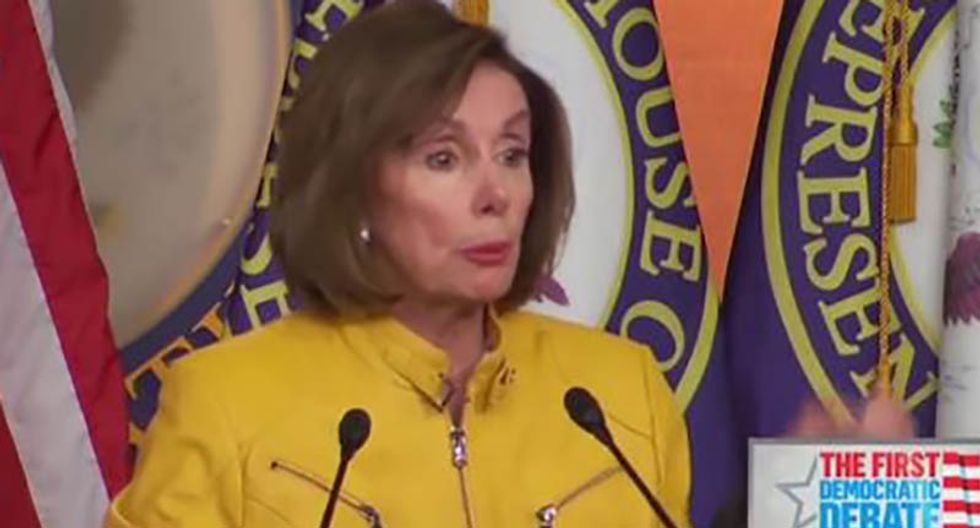 Do as I say, not as I do, never publicly criticize the so-called “Blue Dogs” in the Democratic caucus, no matter how egregious their positions, and if you have a problem, take it up with Maureen Dowd. Increasingly, that appears to be the ethos of House Speaker Nancy Pelosi, D-Calif., whose attitude toward her party’s progressives has devolved from one of weary tolerance to outright disdain, political and generational.

On Wednesday, Politico’s Heather Caygle and Sarah Ferris report, the California congresswoman and ranking House Democrat held a closed-door meeting in which she delivered a “stern” message to her colleagues on the left. “So, again, you got a complaint? You come and talk to me about it,” she said, according to an anonymous source. “But do not tweet about our members and expect us to think that that is just ok.”

While she declined to call anybody out by name, Democratic officials believe the object of her scorn was co-chair of the Congressional Progressive Caucus, Mark Pocan, D-Wis., who has accused moderate Democrats of enabling child abuse by voting for a Senate emergency aid package that provides $4.6 billion in supplemental border funding without imposing clear health and safety standards at migrant detention centers. Pelosi also appeared to take a veiled swipe at New York Rep. Alexandria Ocasio-Cortez’s chief of staff, Saikat Chakrabarti, who has been outspoken about the House Speaker’s inaction in the face of Donald Trump’s mounting corruption and criminality.

Chakrabarti’s criticism, which he leveled on Twitter over the weekend, was not unprovoked. Last week, Nancy Pelosi sat down with The New York Times to air her grievances regarding the Democratic base’s calls for impeachment, which she dismissed as a “primal urge,” as well as the party’s youthful “Squad” of Reps. Ocasio-Cortez, Ayanna Pressley, D-Mass., Rashida Tlaib, D-Mich., and Ilhan Omar, D-Minn., each of whom backed her bid for House speaker in 2018. “All these people have their public whatever and their Twitter world,” she told Dowd. “But they didn’t have any following. They’re four people and that’s how many votes they got.”

Asked by reporters Wednesday whether she regretted calling out her colleagues, Pelosi was defiant. “I have no regrets about anything,” she said. “Regrets is not what I do.”

Clearly not. While Pelosi answers to a Democratic majority that remains broadly conservative, it’s nonetheless telling that she appears more eager to challenge progressive women of color within her caucus than the president and his cabinet. Since Robert Mueller released the findings of his investigation, she has all but dismissed the notion of opening an inquiry into obstruction of justice or investigating journalist E. Jean Carroll’s claims that Trump raped her in a Bergdorf Goodman dressing room in the mid-1990s. (In one of the more gobsmacking quotes from her interview with Dowd, the House Speaker notes that he “practically self-impeaches by obstructing justice and ignoring the subpoenas.”)

Even this week, amid public outrage that Secretary of Labor Alex Acosta cut alleged child sex trafficker Jeffrey Epstein a sweetheart deal while serving as Florida’s top federal prosecutor a decade ago, she has been loathe to exercise Congressional oversight, instead using the scandal as a cynical fundraising ploy. As Mehdi Hasan writes in The Intercept, “Nancy Pelosi has chosen her war, and it’s with her own party’s future.”

“[Forget the ‘you-go-girl memes for literally clapping back at Trump’ that Dowd fawns over in her interview with the speaker,” Hasan concludes. “It is time for liberals and leftists who lambast Senate Majority Leader Mitch McConnell to admit to themselves that the hippie-punching Pelosi has become a Trump enabler too.”

Read more at The Intercept here.