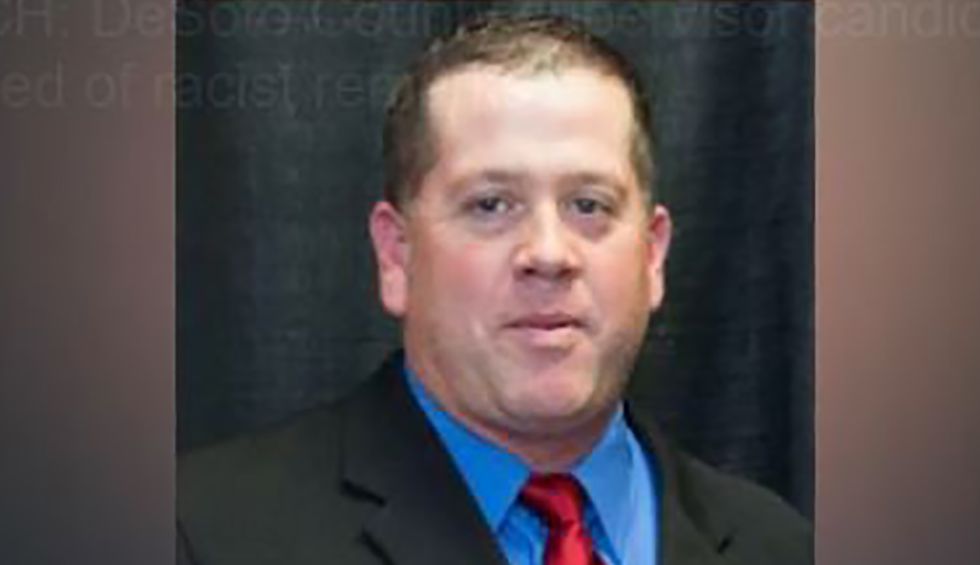 A Mississippi Republican candidate has been sued by three former employees over his alleged racist comments in the workplace.

Kendall Prewett, a candidate for DeSoto County supervisor who claims he worked for President Donald Trump’s 2016 campaign, has been sued for Title VII violations under the Civil Rights Act by three black men who once worked for his company, reported WHBQ-TV.

The Equal Employment Opportunity Commission, which filed the federal court suit in Memphis, said Prewett harassed the men and subjected them to unfair working conditions at Prewett Enterprises.

“Are you Whoopi Goldberg?” Prewett asked on man, according to the complaint. “Why do all you black people have to have dreads?”

One of the men, Sirell Scott, said Prewett ordered him to move some drums filled with hazardous materials from a pickup truck, and then snapped when he asked for gloves.

“You been working in a plantation, boy,” Prewett said, according to Scott.

Prewett then allegedly threatened to put Scott in the “fry tank,” which held hazardous materials and smelled bad, on another occasion.

“Y’all used to sleep with the pigs,” Prewett said, according to Scott.

Scott said Prewett made a shockingly racist comment when he asked why Prewett Enterprises took money from a black co-worker’s paycheck to cover scratches on a company truck.

“N*gger, shut the f*ck up,” Prewett said, according to Scott.

Scott declined to comment on camera because the litigation was pending, and Prewett did not respond to requests for comment.

The Trump campaign has not commented on Prewett role, but his Facebook profile photo shows him standing next to Trump in early 2016.