Libertarians hoped for a renaissance in the Republican party. Then Trump's GOP came along 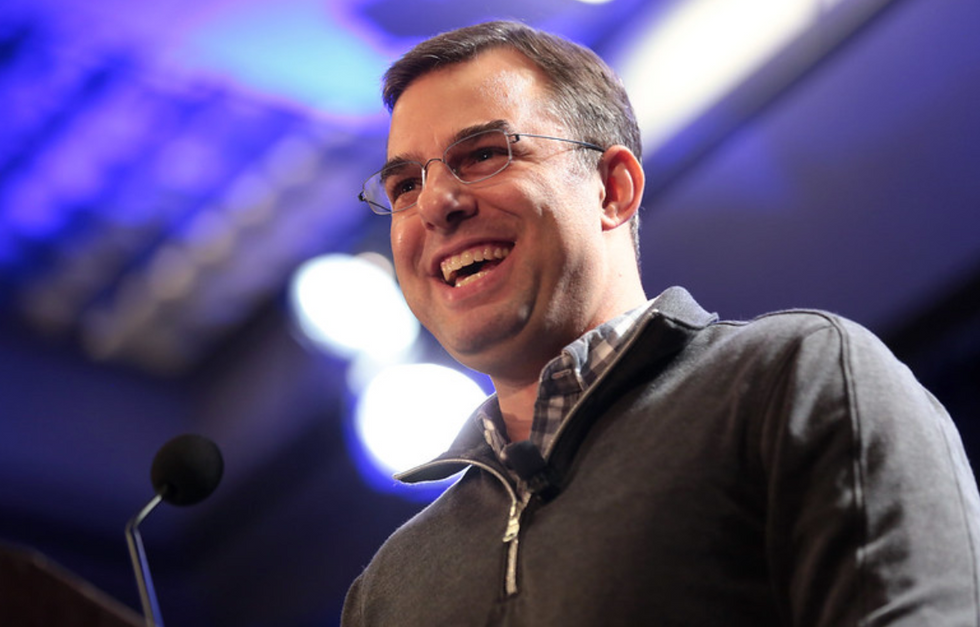 For decades, right-wing libertarians have been fantasizing about one of two things happening in the United States: the Libertarian Party achieving prominence, or libertarianism growing within the Republican Party. But journalist Ed Kilgore, in a report for New York Magazine, explains why the prospects for libertarianism don’t look good within the Trumpian GOP of 2019.

President Donald Trump is not a libertarian. His pseudo-populist “America first” mixture of isolationism, nativism, protectionism and social conservatism has much more in common with Patrick Buchanan — Trump’s strongest political influence at this point — than it does with former Rep. Ron Paul of Texas or former New Mexico Gov. Gary Johnson (an ex-Republican who defected to Libertarian Party and ran for president in 2012 and 2016).

At this point, the most prominent libertarian in the GOP is arguably Sen. Rand Paul of Kentucky. But Rep. Justin Amash of Michigan, Kilgore reports, has become persona non grata in the Republican Party — which he is no longer a member of.

In 2014, Kilgore recalls, some libertarians were hoping that Rand Paul would run for president and take the GOP in a more libertarian direction. But Paul’s “presidential bid,” Kilgore notes, “turned out to be a total nonstarter.”

Another nonstarter for growing libertarianism within the GOP, Kilgore writes, was Amash — who infuriated Trump supporters after calling for the president’s impeachment. Kilgore writes that after “Amash’s libertarianish defection from Trump’s party,” he “can’t help but wonder about the future of any ideological tradition that depends for its vitality on a single House member in a single very unrepresentative district in Michigan.”

Kilgore stresses that although libertarians will always have the Libertarian Party, their post-Trump prospects within the Republican Party don’t look good. The journalist writes, “It remains a perilous time for libertarians who think their destiny is found in some sort of Republican renaissance…. Lists of prospective 2024 Republican presidential candidates don’t usually include Paul, Amash or anyone else identified as libertarians.”

Kilgore concludes his piece by stressing that those with libertarian ideas are likely to remain a minority in the GOP for some time to come.

“It’s hardly plausible to say right now (that libertarians) are as significant in party councils as the bigots and the protectionists, the theocrats and the nativists, the rent-seekers and the jingoists,” Kilgore writes. “It’s a good thing that the libertarian impulse is eternal. Its moment may be so far over the rainbow that it will never again appear on the horizon.”