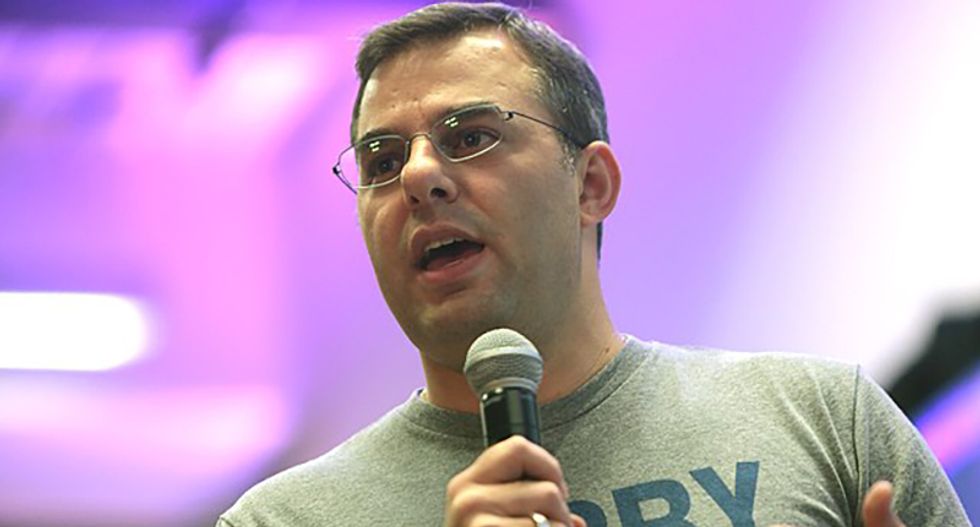 Weeks after becoming the lone Republican to call for the impeachment of President Donald Trump, Michigan Rep. Justin Amash announced in a Washington Post op-ed Thursday morning that he is officially leaving the GOP.

"In recent years," Amash wrote, "I've become disenchanted with party politics and frightened by what I see from it. The two-party system has evolved into an existential threat to American principles and institutions."

"Today, I am declaring my independence and leaving the Republican Party," added the congressman. "No matter your circumstance, I'm asking you to join me in rejecting the partisan loyalties and rhetoric that divide and dehumanize us. I'm asking you to believe that we can do better than this two-party system—and to work toward it. If we continue to take America for granted, we will lose it."

Amash joins Sens. Angus King (Maine) and Bernie Sanders (Vt.) as the only independents in Congress.

As Common Dreams reported in May, Amash won praise from progressive critics for demanding impeachment proceedings against Trump for the lawless behavior detailed in the Mueller report—a call that set him apart from every other congressional Republican and most Democrats.

"Plenty of liberals are asking why there aren't more Republican members of Congress with the guts, eloquence, or honesty to say what Amash has said," The Intercept's Mehdi Hasan wrote in a column at the time. "It's a good question. But a better, more relevant question is this: Why aren't there more Democrats willing to say the same?"

In a series of tweets, Amash said "Trump engaged in specific actions and a pattern of behavior that meet the threshold for impeachment."