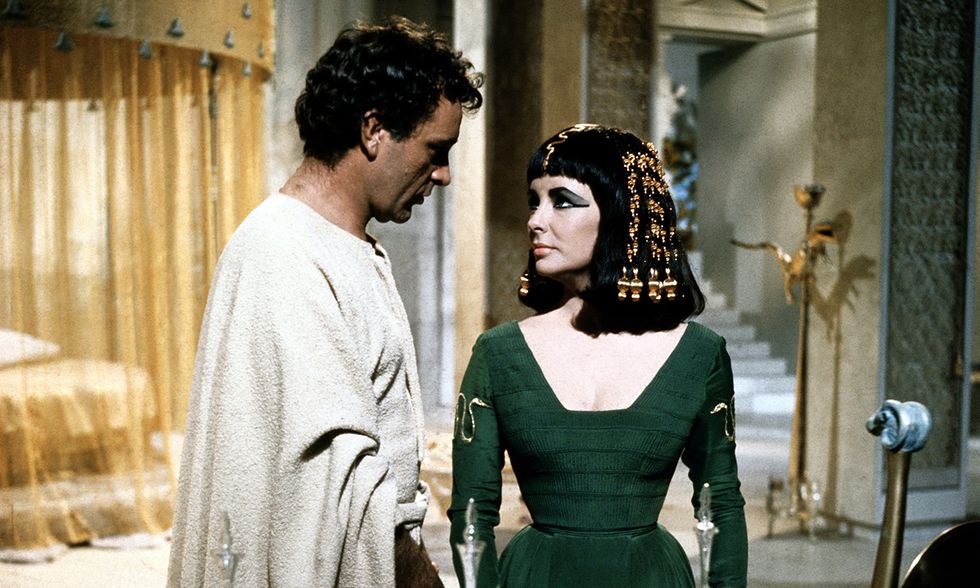 It’s a story as old as the Bible itself: Female temptress threatens to destroy virtuous man with witchy powers of persuasion.

Robert Foster, Mississippi state representative and gubernatorial candidate, has righteously declared that he won’t be alone with any woman other than his wife. To protect himself, he demands a female journalist seeking to shadow him bring along a male chaperone. Foster may be new to our Twitter feeds, but his philosophy reflects hundreds of years of mythology surrounding a woman’s capacity to destroy good men with some sort of vaginal magnetism.

In Homer’s Odyssey, poor Odysseus had to chain himself to the mast of his ship just to withstand the power of the Sirens’ song. We’ve got Jezebel, Delilah, Cleopatra, not to mention the hot neighbor in 3,000 Hollywood blockbusters about an otherwise totally chaste father brought to adulterous ruin by that woman. You know the one.

Oh, and Eve, of course. There’s always Eve. For the “gentler sex,” we sure have one hell of a reputation for destruction.

Mothers shield their sons from us. Professors refuse to shut their office doors behind us. Senior executives avoid sitting in conference rooms alone with the young and beautiful among us. (Sure, this makes career advancement a touch complicated, but if a woman really wanted to be an executive, she would have avoided being born a woman).

Foster explained himself on Twitter: “Before our decision to run, my wife and I made a commitment to follow the ‘Billy Graham Rule,’ which is to avoid any situation that may evoke suspicion or compromise of our marriage. I am sorry Ms. Campbell doesn’t share these views, but my decision was out of respect of my wife.”

Ah, the Billy Graham rule, created in 1948—yes, 1948—has been affectionately updated as the “Mike Pence Rule” because our courageous vice president also refuses to be alone with women because he loves Jesus.

According to Pence and Foster, their decision demonstrates respect for the sanctity of marriage, though one wonders if they equally enjoy the side benefit of impressing their base of Trump-supporters battling for the gold medal in Cherry-Picked Piety Olympics.

This hypocrisy is only baffling if we forget that their declarations have nothing to do with spirituality and everything to do with upholding White supremacist patriarchy. This is about maintaining the White man’s place “at the top” of the race and gender ladder. Their cages for Brown children and their call for male chaperones for female journalists are about domination and control; their religion merely a tool to create and justify spaces delineated by gender and race.

The idea that a devoted, loving relationship could be destabilized by the mere presence of a woman doing her job for 15 hours is, at its core, an irrational and ridiculous assertion. It would be laughable if it didn’t materially degrade a woman’s capacity to function professionally. There’s no mythical magnetism in a woman’s body, no power to control men. And men aren’t brainless, moralless single-celled creatures who turn into putty in the presence of a woman.

Foster, Pence, and Billy Graham’s Virtue Vow of Insecurity reduces women to sexual beings, removes their autonomy, and situates them squarely in the male gaze. The idea that she could be separated from her gender or sexuality, that she is simply a reporter trying to do her job, is impossible, because that allows bodily autonomy.

In the world where these men operate, it becomes the woman’s responsibility to protect male virtue.

Of course, in the age of #MeToo, the Billy Graham Rule also serves to punish women for coming forward while furthering the narrative that the real victims are straight men. The truly insidious part of this, of course, is that a woman is much more likely to actually lose agency over her body, to actually not have a choice.

In reality, somewhere between 2 and 10 percent of sexual assault accusations are unfounded, and very rarely do these result in criminal conviction. But the few false rape accusations get a lot of air time, and the hysteria around Aziz-Ansari-esque debates—even among feminists, there’s disagreement about whether it was misconduct or a “bad date”—creates an idea that women are running around flinging false accusations every time they’re angry or want attention.

Fact is, three out of four rapes are never reported. Women are more likely to be raped and stay silent than they are to create assault-related lies for personal gain.

And once again, if a man wants to avoid being accused of sexual harassment or assault, he should not harass or assault women. Instead, men like Pence and Foster are using our attempt to speak more openly about harassment, assault, and misconduct as a weapon against us. Now we are not only temptresses, we are potential liars—not to be trusted.

Their declaration is an attempt to reinforce and reinstate the dominant position of the White Straight Man in a world shifting beneath their feet. It’s a retaliation against #MeToo and an attempt to shove women back into their rightful place as temptresses, liars, objects, vessels of sexuality through the male gaze.

It is a delineation of space—a last, tired fight. But it is failing. We aren’t going anywhere. We have made this space our home. And if they don’t like it, they can go back to where they came from.