In the wake of Alabama’s anti-abortion legislation, Canada must take up the torch of liberty 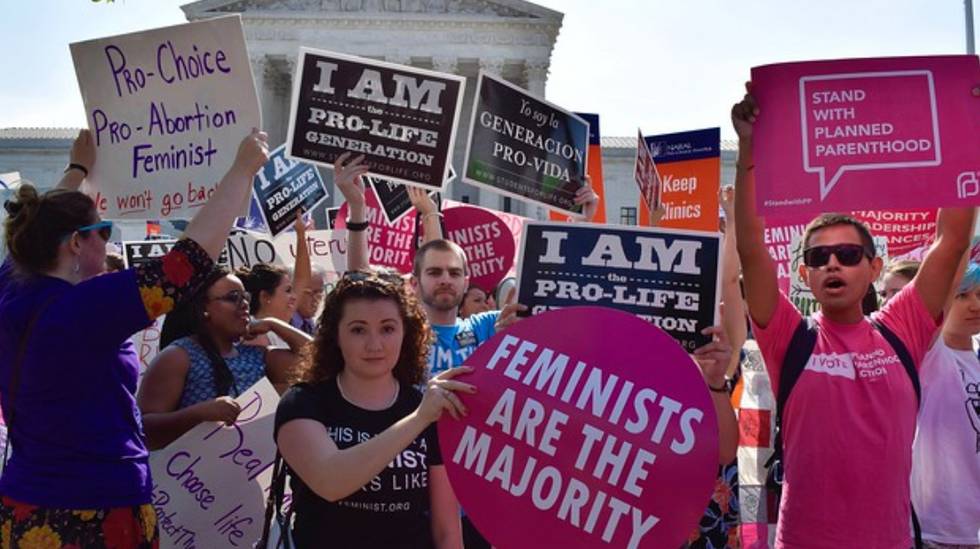 The Trump era has illuminated a more extreme undercurrent in the American conservative movement, one that can and already has done serious harm to women’s rights and their ability to make decisions about their own bodies. This is not a surprising turn of events, given that the current presidency has already presided over the erosion of LGBTQ+ rights, an increase in hate crimes, and a decidedly xenophobic approach to immigrants and the outside world.

Individual US states have recently moved forward with several anti-abortion laws dubbed “heartbeat bills”, which would restrict legal abortions at the point where a human heartbeat is detected. Pro-choice groups, Democrats, and thousands of women have decried these laws as blatant attempts to repeal Roe v. Wade, but no state has gone as far as Alabama, which has effectively barred all legal abortions.

This current attack on women’s bodies and choice has left many Americans feeling scared and alone, but others can quickly fill that vacuum. In North America, Canada stands out almost in opposition to the current American climate. As the campaign against women’s rights rages on in the US, it is Canada’s turn to step into the spotlight for all the right reasons.

Canada is Already Miles Ahead in Championing Women’s Rights

The recent barrage of attacks on Roe v. Wade by Republican-controlled state governments has been propelled by the recent rebalancing of the Supreme Court following the appointment of two Trump nominees. The laws, which are clearly unconstitutional, are meant to be challenged all the way to the US’ top court, with the hope that the new conservative majority will finally repeal the protections established in Roe.

While some US politicians are busy chipping away at hard-fought and won freedoms and protections that extend to women, Canada remains a staunch defender of a woman’s right to choose. Although the country doesn’t have a written law on the matter, supreme court precedents have been enough to discourage any real challenges to abortion rights. This isn’t to say Canada is the perfect model—access is still limited in some cases on a province-by-province basis, but any real legal challenges at the federal level have been firmly rebuffed.

The main difference, however, is who is making these decisions. One of the biggest issues women are facing in America is the fact that their bodies and rights are largely legislated by men who are more concerned with appeasing a political base than making informed decisions. On the other hand, Canada’s current government, led by Justin Trudeau, has shown itself to be diametrically opposed in both words and actions. It started with the appointment of one of the most gender-balanced cabinets in the country’s history.

Since then, Trudeau has been a vocal advocate of women’s rights, lamenting the current state of America’s polarized discussion. After commenting on the “backslide” in women’s freedom, The Canadian Prime Minister reaffirmed the country’s firm stance on defending women’s rights. He has also shown himself to advocate for women in several other capacities.

In October of last year, for instance, his Liberal government announced legislation meant to promote pay equity and reduce the gender gap in salaries. In 2017, Trudeau pledged $650 million to support reproductive health and rights worldwide, and a year later announced an initiative aimed at curbing gender-based violence through a variety of steps. Even beyond advocating for women, Trudeau has shown himself to be a strong counterbalance to our southern neighbors.

While the Trump administration has been hard at work alienating its oldest allies and burning bridges in the international arena, the Trudeau administration has been firm in its protection of human rights worldwide, taking a stand against countries like Saudi Arabia which have shown wanton disregard for its citizens. His administration has also been one of the most ardent advocates of protecting the environment and reducing the impact of global warming and climate change.

Meanwhile, Trump has worked to erase nearly every sign of progress under the previous administration. He has essentially gutted the Environmental Protection Agency, refused to recognize the threat of climate change, and has taken the US back to the isolationist policies of pre-WWI administrations. His fear-mongering, as well as his ongoing trade war with China, threaten to cause real economic damage, as well as tarnish the US’ reputation in the global political theatre.

Who Truly Leads the Free World?

The US has long been enamored with its status as “the leader of the free world”, but it appears this administration is doing its best to erase that. Trump’s insistence on fighting battles that erase decades of progress and protections for women along with their right to choose, as well as reversing the advances made by the previous administration has opened the door for another to take up the banner. Canada, thanks to an administration that values progress and has shown a willingness to fight the important battles, is positioned to take up the leadership mantle instead.