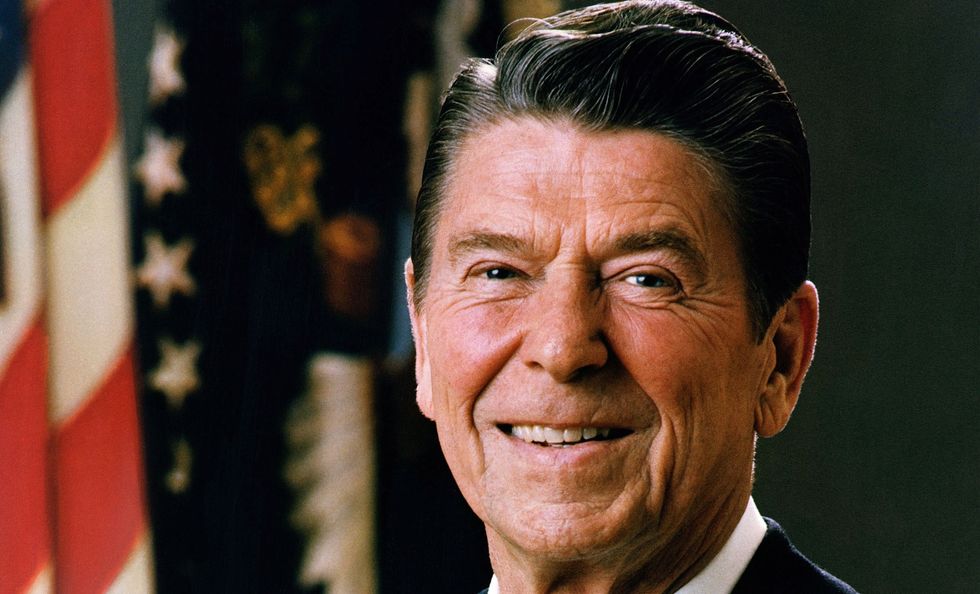 Historian Tim Naftali published a disturbing recording of then-Gov. Ronald Reagan referring to leaders of African countries as "monkeys" on October 26, 1971, in a conversation with President Richard Nixon.

Nixon, who routinely recorded his conversations in the Oval Office, laughed at the racial slur.

Naftali described the context around the conversation in a piece for The Atlantic:

The day after the United Nations voted to recognize the People’s Republic of China, then–California Governor Ronald Reagan phoned President Richard Nixon at the White House and vented his frustration at the delegates who had sided against the United States. “Last night, I tell you, to watch that thing on television as I did,” Reagan said. “Yeah,” Nixon interjected. Reagan forged ahead with his complaint: “To see those, those monkeys from those African countries—damn them, they’re still uncomfortable wearing shoes!” Nixon gave a huge laugh.

Naftali reported that Nixon went on to echo Reagan's racism in conversations with others.

He also explained the origins of the new recording:

The exchange was taped by Nixon, and then later became the responsibility of the Nixon Presidential Library, which I directed from 2007 to 2011. When the National Archives originally released the tape of this conversation, in 2000, the racist portion was apparently withheld to protect Reagan’s privacy. A court order stipulated that the tapes be reviewed chronologically; the chronological review was completed in 2013. Not until 2017 or 2018 did the National Archives begin a general rereview of the earliest Nixon tapes. Reagan’s death, in 2004, eliminated the privacy concerns. Last year, as a researcher, I requested that the conversations involving Ronald Reagan be rereviewed, and two weeks ago, the National Archives released complete versions of the October 1971 conversations involving Reagan online.

Nixon's personal recordings have long made clear that he was an unabashed racist behind closed doors.

Reagan's own racism has also been plain in his use of dog whistles, such as the infamous story he frequently repeated of the so-called "welfare queen." But Naftali noted that his explicit racist remarks haven't been revealed before, though it helps make sense of some of his policy positions:

Reagan’s racism appears to be documented only once on the Nixon tapes, and never in his own diaries. His comment on African leaders, however, sheds new light on what lay behind the governor’s passionate defense of the apartheid states of Rhodesia and South Africa later in the 1970s. During his 1976 primary-challenge run against Gerald Ford, Reagan publicly opposed the Ford administration’s rejection of white-minority rule in Rhodesia. “We seem to be embarking on a policy of dictating to the people of southern Africa and running the risk of increased violence and bloodshed,” Reagan said at a rally in Texas.

And of course, the fact that two former presidents were at one point laughing to each other over a racial slur is particularly relevant now, when President Donald Trump is amplifying his own racist attacks into a 2020 re-election strategy.