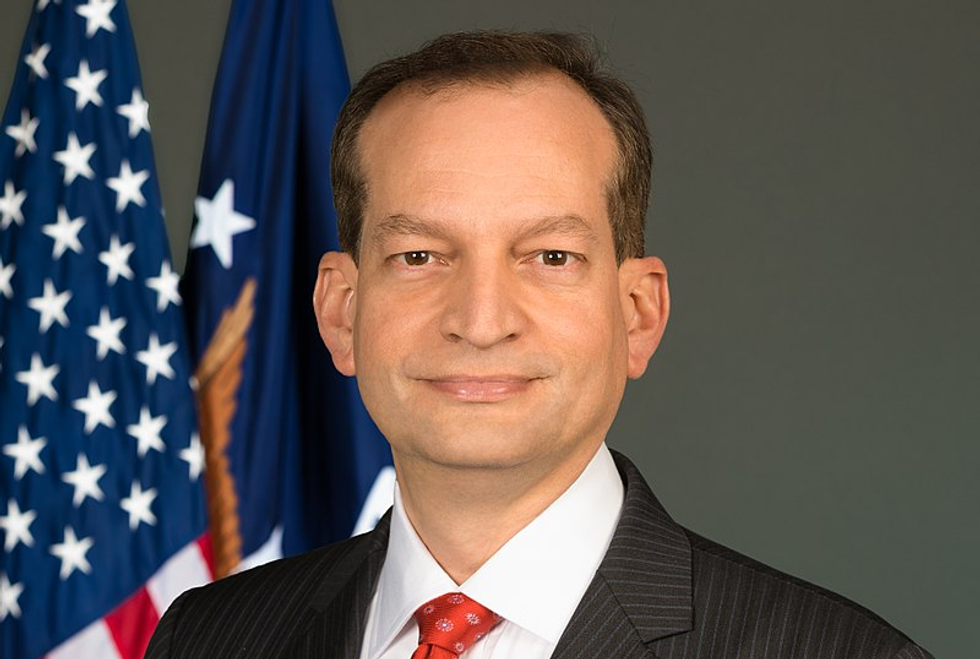 On Monday, federal prosecutors unsealed their indictment against multi-millionaire Jeffrey Epstein, who is accused of trafficking underage girls for sex.

Newly leveled charges against Epstein come on the heels of revelations that top-level officials, primarily Trump’s Labor chief Alex Acosta, sold out the victims by offering Epstein a brief jail term and agreeing to seal all the documents, without alerting Epstein’s accusers.

On CNN Monday, legal analysts observed that Acosta is not likely to survive the Epstein scandal unscathed.

“To me this entire press conference was a very powerful rebuke of Alex Acosta and the whole debacle in 2008 and he was the United States attorney for the southern district of Florida,” Caroline Polisi, a federal defense attorney, said.

“He let Jeffrey Epstein off with a slap on the wrist for huge federal charges. The charges that are detailed in this indictment essentially were what he was facing there and then,” she continued.

“What Acosta agreed to was a non-prosecution then for federal charges. Epstein pleaded guilty to low level state charges. He served 13 months in a county jail.”

“I don’t know how he can survive this,” former federal prosecutor Elie Honig said about Acosta.

“Yes. I’ve seen thousands of plea deals given out and I’ve seen good plea deals and medium and bad,” Honig said. “This is a whole other level.”

During his jail term, he was allowed to go and work in his office in Miami, according to an investigation by the Miami Herald.