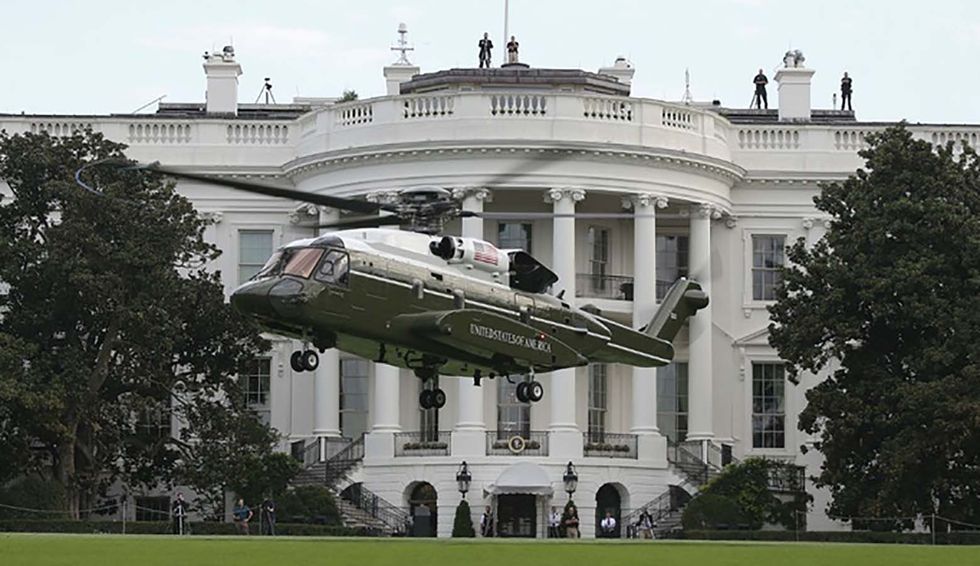 The tanks have already arrived in Washington, D.C.

A brand new military helicopter is staged and ready to go.

The U.S. military’s new Marine One helicopter is scheduled to make its public debut Thursday as part of the militar… https://t.co/OeWcoNGdDk
— Jason Leopold (@Jason Leopold)1562124859.0

There will be a show of military fighter jets, including the F-22 Raptor and the F-35 Joint Strike Fighter, an Air Force B-2 Spirit stealth bomber, along with the Navy’s Blue Angels, and one of the planes used as Air Force One, all doing flyovers.

And on Independence Day President Donald Trump will deliver a speech to Americans – including the hundreds of thousands who make the trip to the National Mall each Fourth of July – as part of his July 4th "Salute to America."

It will, for the first time ever, be an entirely partisan event.

Well, for one, the show of America's military might is something that is more likely to be done by dictators – like Trump's BFF Kim Jong-un – than by strong democracies that know you shouldn't flaunt it.

And now we learn that the ticketed section up front for VIPs, including TRump's friends and family, and top Republican National Committee donors, will be exclusively limited to Republicans.

Washington, D.C.'s  NBC4 reports the RNC has received an allotment of tickets to hand out to VIP's. The Democratic National Committee has been given none.

"The White House usually provides an allotment of tickets for White House events to each party’s national convention, which then distributes them to members as they see fit. Other ticketed celebrations include Christmas decoration viewings and garden tours in the spring and fall," NBC4 reports.

A White House Press Office spokesperson said: “Any suggestion that this is a ticketed event is false.”

But, "When pushed about the fact that the RNC has received tickets for the VIP area but the DNC has not, the spokesman repeated his statement that the event is free and open to the public."