Here's how Trump could save America 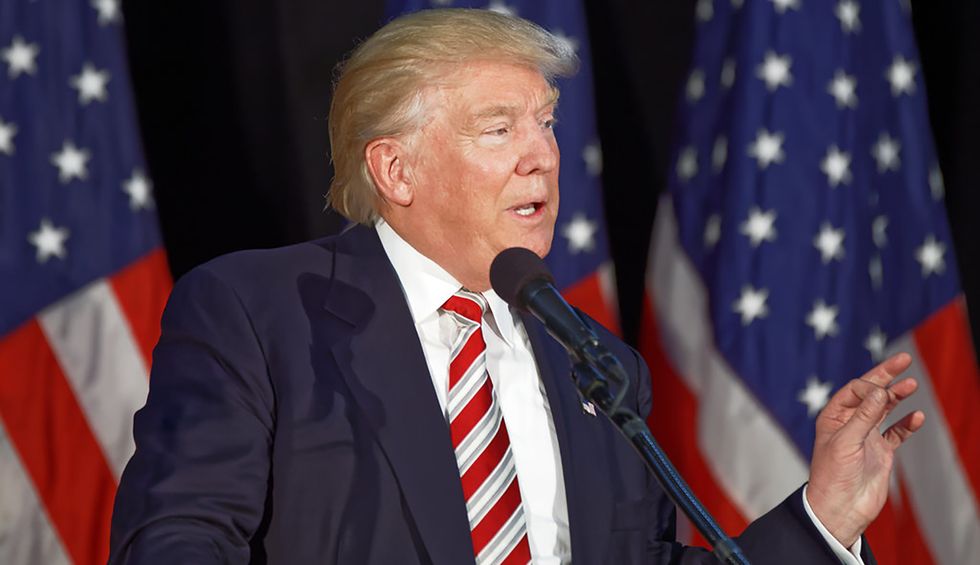 Donald Trump keeps claiming that his accomplishments exceed those of all previous American presidents.

Earlier this year, the White House published an amazing piece, titled “The Historic Results of Donald J. Trump’s First Two Years in Office.” Trump´s staff patted itself on the back so hard it must have hurt.

You don’t have to be a psychiatrist to realize the following: First, Trump has an obsessive desire to claim himself a success story. Second, despite his massive narcissism, he is painfully aware that he is an unmitigated failure. That is what explains his irrepressible desire to aggrandize himself.

A truly great president would not only see no need to herald himself like that. He would understand that trumpeting oneself so hard greatly diminishes one’s (presumed) greatness.

In many ways, Trump ranks among the worst U.S. presidents in the nearly 250 years of U.S. history. What is particularly troublesome is his desire to actively foment the worst instincts in the American people.

Racism has always been an American reality, even before the days of the republic’s founding.

Most presidents have seen it fit to use their bully pulpit to rally the American people to noble purposes, and especially to repress the human instincts of xenophobia and racism.

With his recent attacks on the four Congresswomen, including Alexandria Ocasio-Cortez, Trump deliberately and proudly plays to the two most negative base instincts of the nation.

It is also worthy to note that Trump, for all his pompousness, vividly underscores his own little man syndrome by, once again, going after women politicians.

This clearly is a man who accepts women only as dolls and wishes politics were a sport defined by the country club rules of old, i.e., no women.

But what about his supposed accomplishments that, true to himself, he advertises as miracles? The economic miracle which Trump constantly touts is a seamless continuation of the Obama recovery which started back in 2009.

Any additional bump in growth has been Keynesian pump-priming achieved, curiously on the basis of an irresponsible, massive tax cut for the rich.

At the height of the longest recovery in history Washington is running trillion-dollar deficits the effects of which will seriously hit the nation in any recession.

Trump also claims that the United States is currently experiencing the greatest economy ever.

Well, none of this has trickled down to the 40% of Americans who struggle to pay their bills. In a great American tradition, a stunning 78 percent of workers live paycheck to paycheck. They have no sufficient savings to meet a $400 emergency expense.

Next, Trump boasts that he has negotiated better trade deals for the United States than any President ever.

However, to date, the replacement deal for NAFTA is the only agreement that has been concluded (but it has not even been ratified by the U.S. Congress).

Meanwhile, trade wars with China and Europe have so far resulted only in financial losses for many Americans.

Trump’s other accomplishment are equally invented or illusory. His approval rating never even came close to 50%, unique for any president.

Not to mention why he has a keen personal interest to stay in office, preferably forever. The reason for that is that, upon leaving office, he will be hit by numerous lawsuits and charges and may end up in jail.

As ominous as things may look for Trump despite all his bravado, he could turn it all around — and do so in a single speech.

Trump could even end up being acclaimed as one of the best presidents in history and indeed a savior of America. All he will need to do is to mount the stage at one of his rallies and declare:

“My fellow Americans, for five years — ever since I declared my candidacy as President of the United States — I have treated you to a reality show of a lifetime. I have played the worst scoundrel in the country. I have been lying to you between seven and ten times a day, every single day of my presidency.

And I have ceaselessly insulted honest people who served the country as soldiers, politicians, journalists and judges. I have pretended to be ignorant, petulant and stupid. Not only did you not loathe me, but you elected me your president.

But the deep personal flaws of the character I’ve been playing are not the real problem. I’ve also caused huge damage to you, your country and the future generations of Americans. I don’t know where to start listing the harm that I have done.

Maybe the worst thing I have done is to deny the evidence of climate change, calling it a hoax: I not only stopped progress in the fight against the destruction of our planet but I set it back for decades.

I have relaxed or abolished regulations that brought you clean air and water. I have worked hard to make sure coal remains plentiful and dirty and that fossil fuels are pumped out of the ground, including on federal lands and nature preserves.

And I have delayed the development of renewable energy. The impact of this will linger for at least a generation – and, in the end, you may find that it is too late to avoid a planetary catastrophe.

I have undermined American institutions by appointing a collection of incompetents and sycophants to important positions. With my tax cuts, I have destroyed your country’s fiscal health, turning you fiscally into something similar to Greece and Italy.

With my constant attacks on Obamacare, I have tried to deprive 20 million of you of health insurance and wreck your already inadequate health care system. I have damaged America’s international alliances and have fawned on vile dictators — Putin, Kim, MBS and others.

I have damaged America’s reputation by withdrawing from a number of international treaties, making U.S. signature worthless. The United States is now the laughingstock of the world, not its leader.

Worse, I will be responsible if Iran gets a nuclear weapon and a nuclear arms race is unleashed in the Middle East, the world’s most unstable region.

Yet, even as the damage I inflict on the country becomes apparent, my approval ratings have risen to the highest level of my presidency: 41% of you now think I’m doing a good job. Only Russians like me better.

But the most important thing my reality show has done is to expose how rotten the U.S. establishment has become. I have shown your leaders to be cowards, hypocrites and incompetents and your trusted institutions to be staffed with frauds.

The Republican Party is a bunch of unprincipled opportunists all too ready to abandon their principles and beliefs for political expediency. They have fallen all over themselves to praise me and to defend the indefensible.

I have staffed the judiciary with partisan hacks who will undermine the independence of the third branch of government far into the future. The Justice Department has proven to be ridiculously easy to politicize.

I have successfully made the Evangelicals prostitute themselves, with no sense for shame or morals. The entire world now sees them for what they are — godless hypocrites.

I have shown that the military, the most respected American institution, can overwhelmingly support a person who colluded with Russia. A draft dodger, I am still highly popular among enlisted men even after repeatedly smearing John McCain, a true hero, and insulting the family of a fallen soldier.

You can thank me for revealing that the famous system of checks and balances in America is a joke.

The leadership of the Democratic Party are geriatric nincompoops who have accumulated a legacy of losses stretching back two decades — with the obvious exception of two presidential elections when they were rescued from oblivion by Barack Obama and the enthusiasm he engendered among African Americans.

At least twenty of them stand no chance to win the nomination. They are in it for publicity — so that they get name recognition in the next presidential race. Credit me for inserting a heavy dose of Trumpian vanity into the Democratic Party.

By creating the ridiculous visuals of crowding the stage during their debates, they are doing all they can to deliver a second term to me — which is precisely what the current bunch of also-rans want, so that they could run again in 2024, based on a (slightly) higher level of name recognition.

So, my fellow Americans, my stunningly successful reality TV performance should give you plenty of reason for introspection.

You ought to look deep inside yourselves and try to examine where you have gone wrong.

I have done this performance to give you a fair warning. If you don’t do it now, you may have to do it the way Germans had to, on the ruins of their country after a devastating defeat in WWII.”