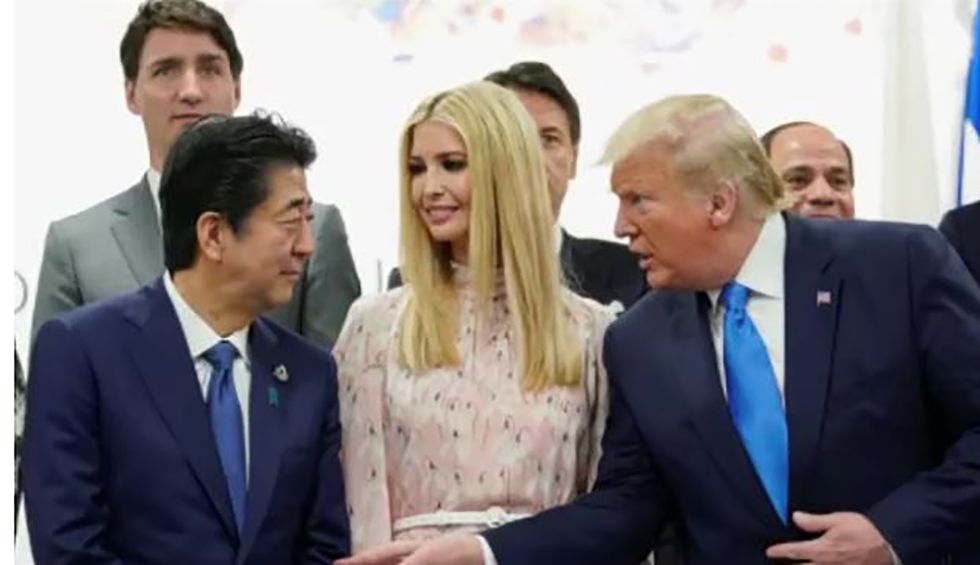 President Donald Trump attacks the media publicly, and often, but his staff knows that newspapers are the best way to present information — or stabs in the back — to the boss.

Trump relies on printouts of articles from magazines, newspapers and websites, as well as social media, that are approved by his staff secretary’s office, but some aides, advisers and lawmakers understand they can influence the president’s thinking by slipping him other material into his daily reading file, reported Politico.

“In the Wild, Wild West (era),” before former chief of staff John Kelly cleaned up the process, recalled one current senior White House official, “people would put articles on the president’s desk that were things he didn’t need to see, things that were meant to gin him up or get him mad at somebody.”

That still happens to some degree, according to White House sources, and Ivanka Trump continues to slip articles to her father, and early in his presidency used to enjoy “bombing people out with newspaper articles.”

“That’s how people stabbed you in the back!” said a former senior White House official. “They would just walk up to him and say, ‘Hey. Mr. President, did you see this story in Politico? Here’s a copy of it.’ When somebody prints something off to hand to him, good or bad, that’s when you knew somebody was out for you. ‘Hey, how come there’s a copy here of a story from Breitbart?'”

Trump sets aside articles to read in marathon sessions on Air Force One if he’s unable to get to them during his daily schedule, but staffers say he’s ‘religious’ about reading the two newspapers he criticizes the most.

“He’s not a fan of the New York Times or the Washington Post but he never misses a day reading them,” said one person close to the White House. “And if he doesn’t read them that day, he’ll put them in a box and read them a few days later.”

Trump also has staffers print out tweets he likes, signs them, and sends them to the author as a form of thank you.

“This is the proverbial Trump gift basket waiting for you in your suite or sent to you,” said Rep. Matt Gaetz (R-FL), a presidential ally who framed the tweet Trump signed and sent to his office.

Sometimes recipients are a bit baffled by Trump’s autographed thank-yous, such as the time he sent several copies of the New York Times with an editorial praising a policy he and Sen. Lindsey Graham (R-SC) had agreed on.

“Graham’s response was, ‘What am I supposed to do with these?’” said a person who had spoken to the senator about the gift.