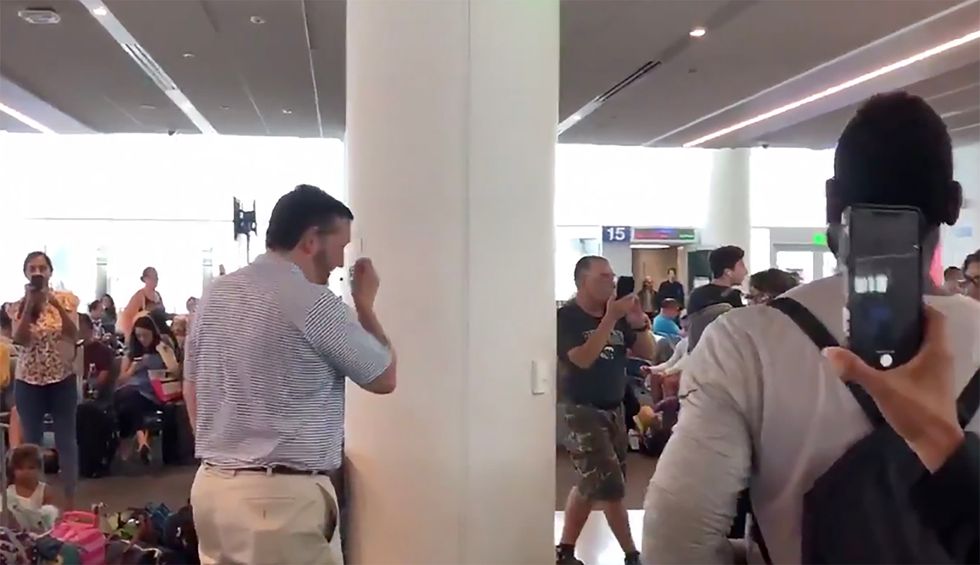 Before the 1990s, California was considered a red state: Orange County was a hotbed of Republican politics, as were San Diego, Bakersfield, Fresno and Los Angeles suburbs such as Glendale and Burbank. But times change, and Sen. Ted Cruz of Texas was reminded how unfriendly California can be to Republicans this week when he arrived at Los Angeles International Airport (LAX).

In a short video posted on Twitter, the far-right Republican — who was narrowly reelected to the Senate in 2018 — is seen being greeted by chants from angry protestors who clearly don’t agree with his policies. The protestors can be seen chanting, “Americans will not be silenced, Americans will not be silenced.” And those chants are followed by chants of “Free the children, free the children.”

The “free the children” chants are an obvious reference to U.S. immigration policy under President Donald Trump and the separation of migrant families at the U.S./Mexico border.

Twitter users who watched the video had some unkind words for Cruz, who is the son of a Cuban refugee — and @melaka_redux felt that given his Latino background, it is “absolutely disgusting that he would throw his own people in cages where they become ill and die.” And @SweetPe45282739 lamented the fact that Cruz was reelected to the Senate last year, posting that he was “so friggin embarrassing” and that Texas is “stuck on stupid” when it “could have had” Democrat Beto O’Rourke as a senator instead.