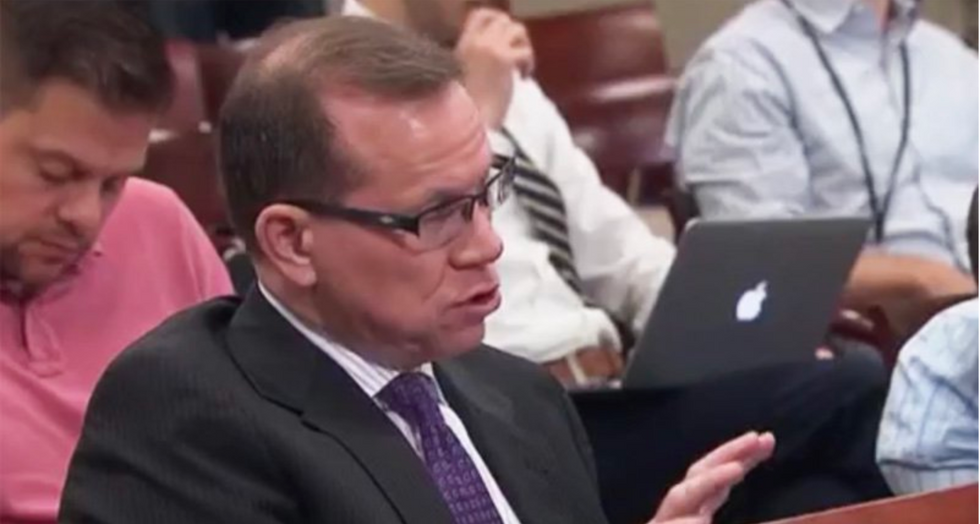 During a press conference on Friday afternoon held by Democratic members of the House Judiciary Committee, a reporter for Fox News attempted to dismiss former special counsel Robert Mueller’s public testimony on Wednesday about Russian influence in the White House and promptly got smacked down.

With committee Chairman Jerry Nadler (D-NY) announcing the next steps the Democrats will be taking with an eye on possible impeachment, Fox’s Chad Pergram stated he thought the two hearings produced nothing and were a failure.

“What did Robert Mueller fail to do?” Pergram asked. “Obviously you said that he should not be diminished by his presentation, but what would you have liked to have gotten out of him in that presentation on Wednesday?”

Stepping to the lectern, Rep. Eric Swalwell (D-CA) immediately shot back, “He didn’t fail to do anything.”

“We heard repeatedly from members on your side of the aisle that he failed to breathe life into that report,” Pergram persisted.

“If you showed up for a Broadway show, sure, you may have been disappointed,” the California lawmaker snapped back before reminding the Fox News reporter about what Mueller revealed.

“If you listened to what he said, he said the Russians attacked us, the Trump campaign welcomed and planned around it,” Swalwell lectured. “When the police investigated it, they took great lengths to cover it up, including the president. The president is the only person in America who is shielded from being held accountable because of what they did — that is pretty cut and dry.”

After Swalwell pointed out that six more fellow House members came out in support of impeachment after the hearings, Rep. Mary Gay Scanlon (D-NY) grabbed the mic to tell Pergram, “The one thing Robert Mueller failed to do in that hearing is he failed to exonerate the president. So that, I think is the answer to your question.”

Continuing the pushback at Pergram, Rep. Sheila Jackson Lee (D-TX) counted off Trump’s crimes as reported in the Mueller report.

“Throughout the entire time of Mr. Mueller’s presence before the House Judiciary Committee, he evidenced elements of a crime,” she firmly stated. “He was not in any way shortchanging his answers that crimes had been committed, he said yes to the three elements of obstruction. He said yes that one element of obstruction could result in jail time. I don’t think the American people have ever heard that in that manner before.”