Fox & Friends: Mueller testimony 'didn't change anything — it changed everything, because it really did clear the president' 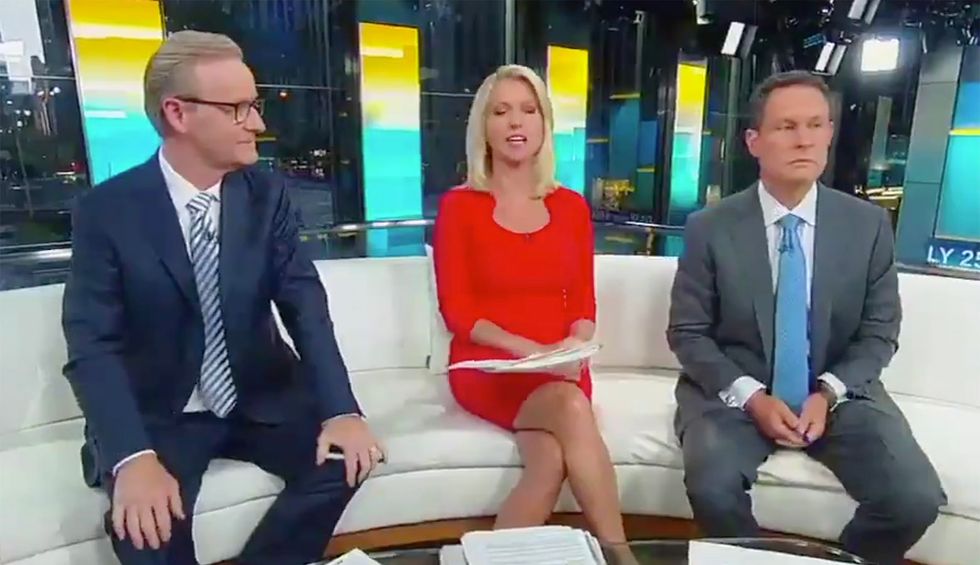 The "Fox & Friends" co-hosts Thursday morning continued their jobs as the cheerleading squad for the Trump presidency, heaping twisted, illogical, false praise on President Donald Trump so heavily that he turned around and tweeted it out to his 62 million followers.

"I guess because it didn't change anything," Earhardt said, "we're just where we were the day before, it changed everything, because it really did clear the president."

It did not, in fact, clear the president.

Media Matters' Bobby Lewis, whose job it is to watch "Fox & Friends" every day, encapsulated the direct-to-Trump-to-Twitter timeline:

To be clear of just how false Earhardt's take was, as The Atlantic's Adam Serwer noted, "Mueller testified that the president is an unprosecuted felon," and "the president and his campaign welcomed Russian interference, benefited from it, tried to deflect blame from Russia, then tried to block the investigation.