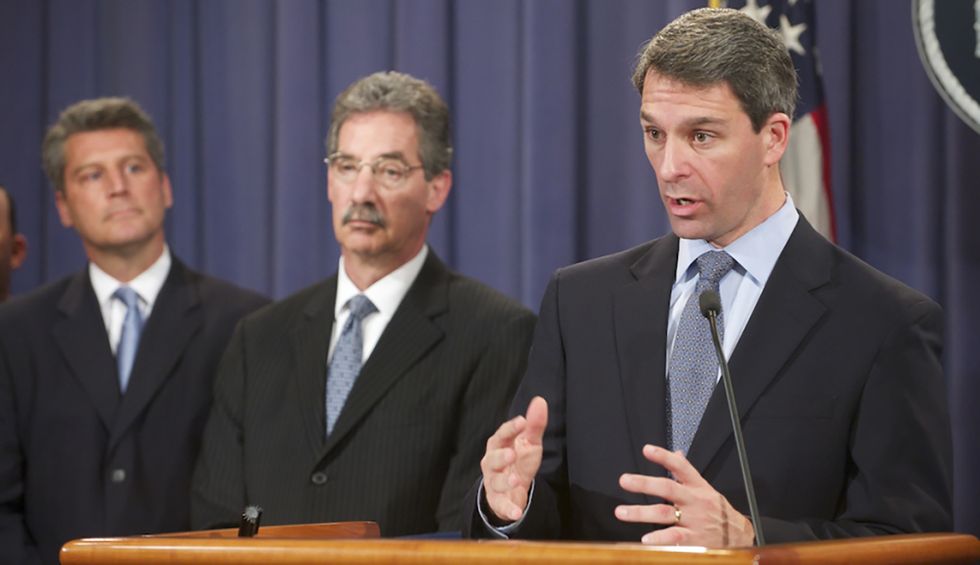 In trying not to be perceived as racist for his very racist actions, Donald Trump and his accomplices have said, Hold on, buddy, we do love immigration, just do it legally! But the truth is they’re not too crazy about that either (Norway excluded). Just look at the radicalization of U.S. Citizenship and Immigration Services, the agency’s former director under the Obama administration says.

This is historically a paper-pushing agency that helps facilitate legal immigration, but under this administration, that mission is becoming quickly stifled. “Earlier this month,” former director León Rodríguez wrote in an op-ed, “the new USCIS director—perhaps at the behest and certainly with the blessing of the White House—could be seen all over mass media promising ICE raids against people with final deportation orders, although such actions are nowhere within the jurisdiction of the agency he runs.”

That new director is anti-immigrant extremist Ken Cuccinelli, who once compared immigrants to rodents, and after losing his Virginia gubernatorial race now seems to have landed himself two administration jobs: officially at USCIS (though there are some questions about the legality of his appointment), and unofficially at ICE. In fact, while Cuccinelli was on television discussing raids that had nothing to do with his job, he was also asking his staffers to volunteer some time to help ICE with blocking families at the border.

In fact, Rodríguez notes, the administration is taking money from USCIS—which, again, helps facilitate legal immigration—and kicking it over to the mass deportation agency: “The Trump administration’s proposed 2020 budget seeks to transfer more than $200 million in applicant fees out of USCIS into ICE to pay for, among other things, hundreds of ICE enforcement officer positions, even though USCIS officials asserted under oath that budget and fiscal constraints do not allow USCIS to hire the volume of personnel needed to process its caseload.” Trump officials not telling the truth—what a shocker.

ICE has even arrested immigrants going to their USCIS appointments, lurking to swoop in on them like brownshirt spiders. Now the lines, Rodríguez says, are further blurred. “When USCIS no longer recognizes itself as the benefits agency Congress intended; when the line between USCIS and ICE substantially blurs; when USCIS’s policies act to stymie our legal immigration system rather than facilitate it, all of us suffer. If our officials have forgotten this, the nation needs them to remember, and fast. The legal immigration system is at stake. And so is the future of our country.”