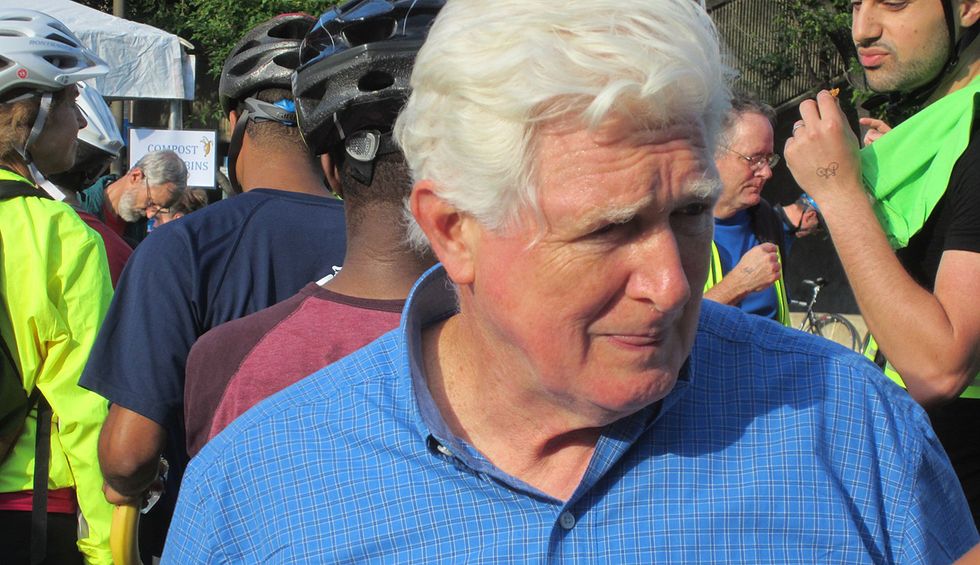 Former members of Congress are using the leftover money in their old campaign committees to funnel campaign donations to lawmakers they lobby on behalf of foreign clients.

At least 17 former members of Congress who are registered as agents of foreign governments have kept their campaign committees active since leaving Capitol Hill. At least nine of them have used those committees to funnel their supporters’ contributions to lawmakers whom they have lobbied on behalf of foreign governments, according to an investigation by the Campaign Legal Center, the Center for Responsive Politics and The Daily Beast.

Jim Moran, a Virginia Democrat who served 12 terms in the House and is now a lobbyist on behalf the government of Qatar (along with other clients), spent much of last summer lobbying members of Congress to pressure Saudi Arabia to ease travel restrictions between Qatar and Saudi Arabia.

Moran convinced Rep. Charlie Crist, D-Fla., to send a letter to the Saudi ambassador about the issue. Crist obliged, including portions of Moran’s suggested text verbatim, and Moran then used his still-active campaign committee to donate $1,000 to Crist’s campaign.

Moran similarly donated $500 from his campaign committee to Rep. Dutch Ruppersberger, D-Md., on the same day that he asked him to send the same type of letter. Ruppersberger obliged, also lifting portions of Moran’s suggested text verbatim.

Moran also donated $1,000 from his campaign committee to Sen. Bob Menendez, D-N.J., while urging him to send a similar letter. Menendez does not appear to have done so. Moran pitched at least six members of Congress on the letter.

Moran had never previously donated to any of the members of Congress detailed in the report before lobbying them on behalf of Qatar.

“Examples like these,” the Campaign Legal Center said in its report, “add another dimension to the familiar but ever-expanding story of money, influence, and access in Washington.”

“The Congressional revolving door and cash-for-access systems become even more concerning when politicians-turned-lobbyists use leftover campaign funds to promote the interests of foreign governments — not to mention their own lobbying careers,” the report said.

Moran was joined at the firm McDermott Will & Emery by former Rep. Jeff Miller, R-Fla., who also signed on to lobby for Qatar. Early last year, Miller made two $1,000 donations to Rep. Joe Wilson, R-S.C., from Miller's still-active campaign committee. This came after Miller had lobbied Wilson, who sits on a congressional subcommittee that deals with Qatar, to meet with Qatar’s finance minister.

As with Moran and his lobbying targets, Miller had never previously donated to Wilson’s campaigns.

Former Rep. Buck McKeon, R-Calif., used a similar tactic to lobby on behalf of Saudi Arabia. McKeon made four $1,000 donations from his still-active campaign committee to Sen. Jim Inhofe, R-Okla., the chair of the Senate Armed Services Committee, while lobbying him on a Senate bill that would have rolled back support for the Saudi-led combat operation in Yemen.

McKeon also donated $1,000 to Sen. Roy Blunt, R-Mo., the chairman of the Senate Appropriations Subcommittee on Defense, just before Blunt’s committee killed an amendment to a defense appropriations bill that would have stopped U.S. support for the Saudi military campaign in Yemen.

McKeon similarly donated $2,000 from his campaign committee to Rep. Ed Royce, R-Calif., at that time chair of the House Foreign Affairs Committee, less than two weeks after introducing Royce to another of his foreign clients. (Royce himself did not run for re-election in 2018.)

McKeon had never donated to Inhofe, Blunt or Royce before lobbying them on behalf of foreign clients. McKeon, Moran and Miller, who make up just a third of former lawmakers engaged in the practice, denied any wrongdoing.

The Federal Election Commission does not have clear rules about how leftover campaign funds may be used after a lawmaker leaves office. The Campaign Legal Center urged the agency to crack down on the scourge of what it called “zombie-campaigns.”

“Many former members appear to have treated their old campaign accounts as slush funds,” the group said. “The examples in this report ... underscore why the FEC should issue clear rules for so-called 'zombie campaigns’ — both to lay out permissible uses for campaign funds once members leave office, and to prevent former officeholders from keeping their dormant campaign committees open indefinitely.”

The use of these “zombie campaigns” was also highlighted in a 2018 Tampa Bay Times investigation, which found that retired lawmakers were spending campaign funds “to finance their lifestyles, advance new careers and pay family members.”

“Their spending makes a mockery of one of the fundamental principles of America’s campaign finance laws: Donations must be spent only on politics, not politicians’ personal lives,” the report said.

The Campaign Legal Center warned that the lack of rules regarding leftover campaign funds means that the problem will only get worse if regulators or Congress do not act.

“As former members get farther and farther from their time in public office, the universe of plausible officeholder-related expenses shrinks ever smaller, so keeping campaigns open for years can invite abuse,” the group said. “Such steps could go a long way toward curbing the abuses documented in this report, and they could also help chip away at the broader systems of money, access, and influence that helps abuses like these thrive.”