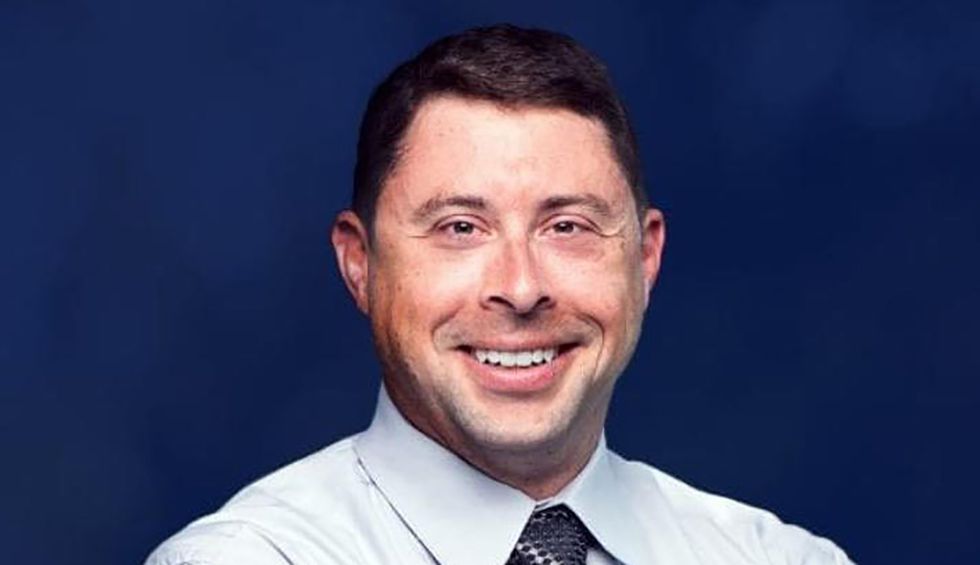 As a consequence of Hattersley's entrance, Democrat Andrew Learned, who'd run for this seat last year and had been seeking a rematch, dropped out of the race and offered Hattersley his "unequivocal support," noting that the two are fellow veterans (both served in the Navy, and Hattersley earned a Bronze Star in Iraq). Learned will instead reportedly announce a bid for Hattersley's seat in the state House, which, it turns out, used to be represented by none other than Ross Spano.

Hattersley won that district (the 59th) when Spano left it open to run for Congress last year by a 51.5 to 48.5 margin, narrowly outperforming both Hillary Clinton and Barack Obama, who, respectively, lost and won it by less than a point. It'll be difficult turf to defend as Democrats make a play for the state House next year, but the 15th District is considerably redder.

In fact, it went for Donald Trump by a 53-43 margin, and the closest statewide performance by Democrats in 2018 was a 53-47 loss by Nikki Fried, the lone Democrat to prevail in a race for state office last year. But Democrats nevertheless have reason for optimism.

For starters, almost all of the 59th House District is located within the 15th Congressional District. That gives Hattersley a base of support that's already familiar with him since he currently represents about 21% of the district he's now seeking.

The more important factor, though, is Spano himself. Late last year, before he was even sworn in as a member of Congress, Spano admitted he might have violated federal election law by taking personal loans worth $180,000 from two friends and then loaning his campaign $170,000. That's a serious problem, because if you loan money to a congressional candidate with the intent of helping their campaign, you have to adhere to the same laws that limit direction contributions, which in 2018 capped donations at just $2,700 per person.

And it's not an issue Spano can really rectify. Since his admission, Spano took out a $250,000 bank loan to repay his buddies for their questionable financial aid, but if the Federal Elections Commission rules that those personal "loans" were in fact illegal donations in excess of federal maximums, that'll be a major black mark.

Not only would it bring down even more ugly headlines, it would likely come with a sizable fine, as former New Hampshire Rep. Frank Guinta experienced in a similar situation four years ago. It would also taint his not-particularly dominant 53-47 victoryover Democrat Kristen Carlson in last year's race.

But Spano has only managed to make matters worse for himself. For one, he still hasn't managed to report the terms of his bank loan to the FEC, as campaign finance regulations require. For another, he hasn't reported receiving the bank loan or repaying the potentially illegal contributions to his campaign; instead, his FEC reportsstill identify his campaign loans as coming from the "personal funds" of one Vincent Ross Spano—exactly as they did back in December.

One potential hire told Politico that Carreno's involvement with hiring was "really weird," while an unnamed aide in another congressional office said that it was a "red flag" that had prompted gossip and led to Spano getting branded a "a less-than-desirable boss." He's also looking like a less-than-desirable congressman, all the more so now that voters have a credible alternative in Hattersley.