Exclusive: The GOP could pay a steep price for normalizing foreign intervention in our elections 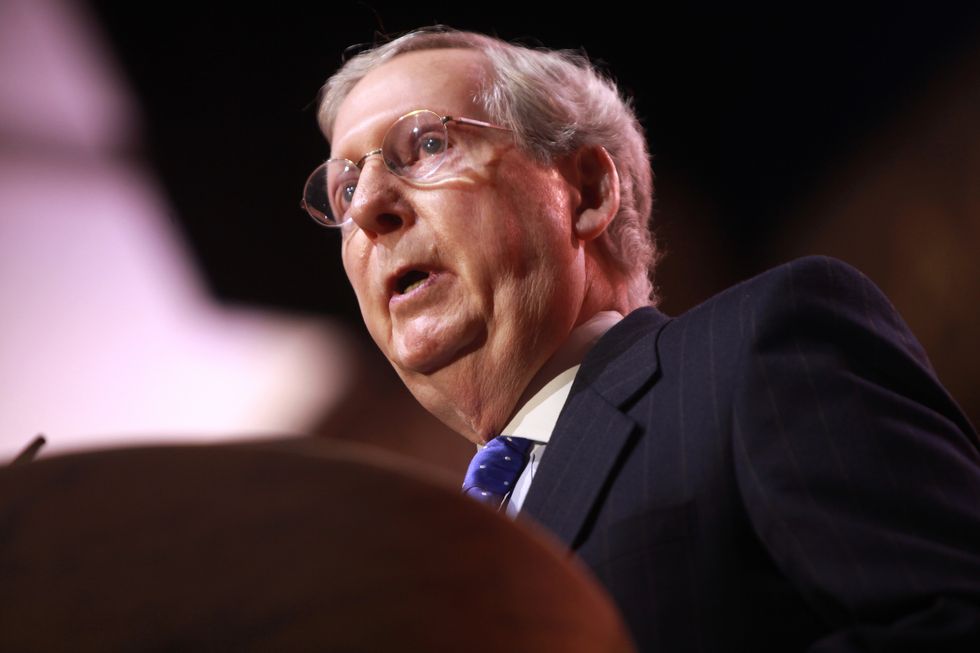 These days, it can be difficult to remember that Republicans used to fear Russia. As recently as 2012, their presidential nominee considered Russia to be America’s greatest geopolitical foe, and the party platform took hard stances against Putin’s imperial ambitions into 2016. Yet as Robert Mueller warned in his testimony last week, the “new normal” established by Donald Trump in 2016 may be that foreign powers offer aid and assistance to US candidates who feel no duty to turn them down, much less report such overtures to the FBI. Senate Majority Leader Mitch McConnell has blocked every attempt to pass any kind of election security bill, including measures that would require such reporting. While some individual Republicans are clearly unhappy about the situation, the party’s response thus far has been mute approval. There have been no big defections from that party line.

Viewed within the fuller picture of recent history, this seems extraordinarily short-sighted. Yes, it has worked out for them so far, and may again in 2020, but what is to stop Democrats from taking part in this “new normal”? Who will block other nation-states from supporting Democrats when they deem doing so as in their interests? Hillary Clinton raised this possibility in her May 1 interview with Rachel Maddow. “Why should Russia have all the fun? And since Russia is clearly backing Republicans, why don't we ask China to back us?” Clinton said, echoing Trump’s own remarks on the campaign trail. “And not only that, China, if you're listening, why don't you get Trump's tax returns? I'm sure our media would richly reward you.”

Her scenario is hardly a hypothetical anymore. Russia is not the only power in the world that would like to have an American president, Congress, and/or political party eating out of its hand. As I explained recently, we can expect that everyone from China to Iran to the Saudis to North Korea will imitate the Russian example next time around, and some of these players will not be friendly to American conservative politics. Last week, The Washington Post reported that Twitter has shut down thousands of phony Iranian “sock puppet” accounts. The story noted that “Iran is far from the only nation that has, within its borders, substantial capacity to wage Russian-style influence operations in the United States ahead of next year’s election… A short list of countries that host online influence operations with a history of interfering across borders includes Saudi Arabia, Israel, China, the United Arab Emirates and Venezuela, researchers say.”

Furthermore, the GOP is making a dangerous bet that the world will never change. Vladimir Putin may control his electoral opposition, for example, but as we saw last weekend, he cannot stop Russians from protesting his grip on power. Between the sluggish Russian economy and the relentless work of courageous activists, there is no guarantee of a long-term future for Putinism. A popular uprising could remove him one day and a new regime with different priorities might take over the Kremlin. These possibilities may seem remote to us, but then again very few people in the west really foresaw the sudden collapse of the Soviet system, either. If Russia experiences another great political upheaval in our time, Republicans may suddenly remember how they used to feel towards Moscow.

Of course, today’s Democrats want no part of any foreign help like that. This can also change, however, if repeated episodes of successful foreign interference force them to accept this “new normal” and seek partners overseas. Without the legislation McConnell keeps blocking, nothing can stop Democrats from building new electoral relationships with countries like Mexico, Germany, Canada, France, or even Cuba after 2020. This “new normal” could very easily spiral out of control, turning into an arms race of ‘active measures’ that further diminishes our democracy and erodes our sovereignty. A nightmare scenario is a government entirely beholden to foreign interests, from top to bottom, the way it has been captured by corporate interests at virtually every level already.

Nothing about this scenario guarantees a good outcome for the Republican Party. In fact, they are just as likely to lose out in such an arms race, for the Trump administration has consistently antagonized former allies abroad, and some of them can probably muster influence campaigns that make Putin’s 2016 shenanigans look like amateur hour, especially if Democrats share proprietary voter data with their overseas allies as Paul Manafort did in 2016.

Indeed, if foreign collusion becomes fair play and is seen as the way things are expected to work, then Democrats would have a moral obligation to follow through. It would mean that persuasion would no longer be practical and seizing hard political power by any means would be the only way to make any needed changes. Absent control of Congress and the presidency, it won’t matter whether Democrats support Medicare-for-All or mere improvements to the Affordable Care Act: neither outcome will be remotely possible. That cold, hard logic also applies to climate change legislation, student debt, net neutrality, and a thousand other progressive priorities still languishing in the era of Republican obstruction.

This is hardly the ideal way for Democrats to win. Actually, it’s the worst possible way to win, as it would further weaken our already-shaky Constitution. Nevertheless, Republicans are pushing Democrats towards this cliff, muddling through the moment as if there could never be any unintended consequences, or any consequence at all, when in reality the geopolitical terrain could shift right under their feet at any moment.