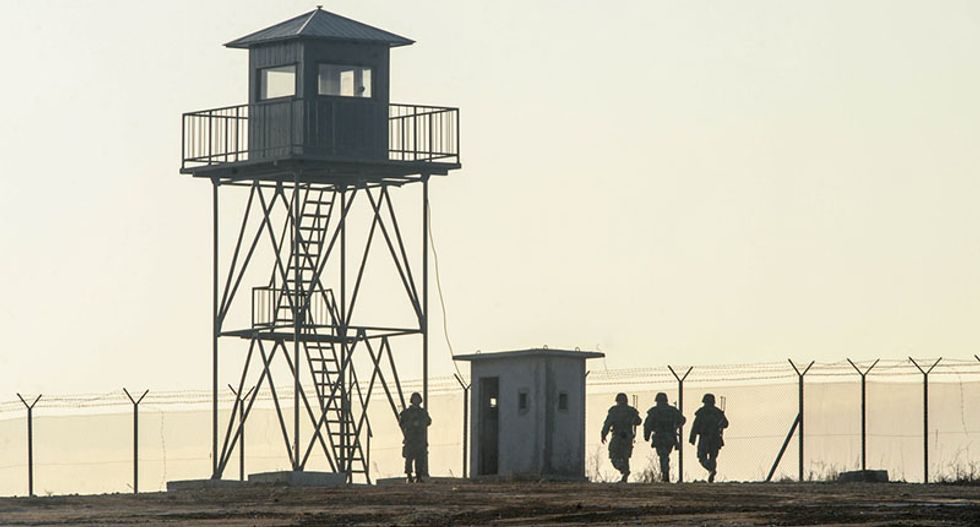 The Trump administration insists that the reports of horrific conditions in migrant detention centers are “unsubstantiated,” but the Department of Homeland Security’s inspector general substantiated the reportsbefore they even came out. Back in May, the DHS watchdog said conditions in one El Paso border patrol facility “were so bad that border agents were arming themselves against possible riots,” NBC’s Julia Ainsley and Jacob Soboroff report.

There were four showers for 756 immigrants. There were 155 men in a cell with a maximum capacity of 35, with one toilet and one sink and no room to lie down to sleep. Disease, lice, and scabies were rampant. Migrants are supposed to be held at border stations for a maximum of 72 hours, but two-thirds of the people at this facility had been there for longer. Those are the conditions that had border agents worried about—and armed against—an uprising.

You have to wonder how many higher-ups in the Trump administration are hoping for riots in a detention center, to use to justify further brutality against migrants. But, the report says, it’s taking a toll on the on-the-ground agents dealing with this day in and day out: “The current situation where immigrants are simply giving themselves up to the border patrol [and border patrol must detain] is causing low morale and high anxiety. They are seeing more drinking, domestic violence and financial problems among their agents.” And those are people who signed up to work as border patrol agents to begin with.