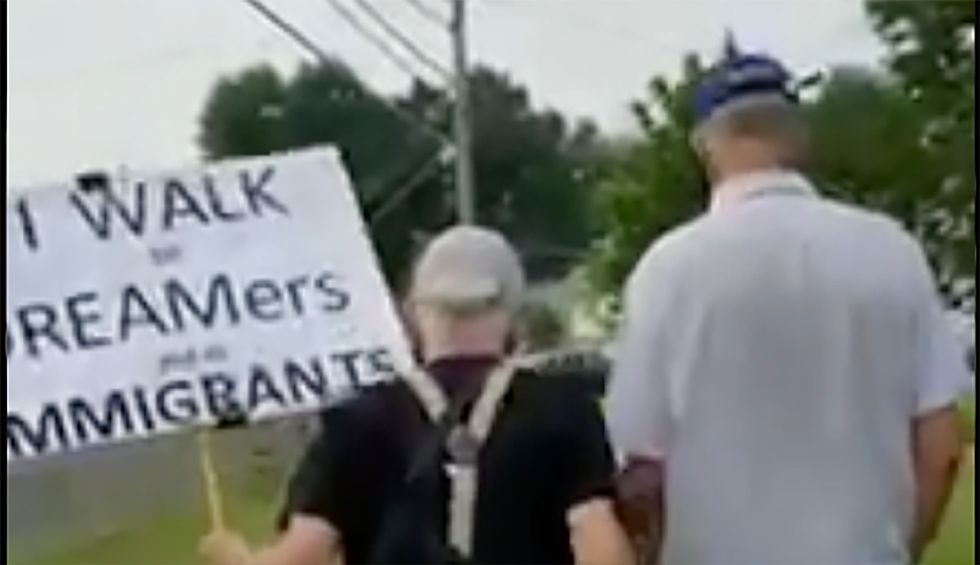 On June 27, Alan Dornan — a 79-year-old immigrants rights activist from Wethersfield, Connecticut — was arrested by officers for the U.S. Department of Homeland Security (DHS) during an act of nonviolent civil disobedience. But despite his arrest and being in physical pain due to health problems, Dornan told Boston.com during a July 2 interview that he plans to continue protesting on behalf of undocumented immigrants.

Dornan, who will be turning 80 on July 7, told Boston.com, “I know that I’m doing the right thing. I’m pretty much a happy person right now; that state was reinforced in me last week. And I will keep on going.”

The activist added that he plans to “stay active for as long as I’m able to stay active,” stressing that the advantages he has had in life inspire him to protest on behalf of immigrants who are fleeing desperate circumstances.

“What I know now is that when I was a boy, I was the beneficiary of white, male, American preference,” Dornan told Boston.com. “Because I happened to be born a white, male, American boy, I had a wonderful life. … And now, I’m walking because I believe that everybody — regardless of their race, their color, their creed, their sexual orientation — everybody deserves the opportunity to have the same wonderful life that I had. And that’s why I’m walking.”

When Dornan and another activist from the Silent Generation (81-year-old Dennis Sullivan) committed a nonviolent act of civil disobedience at a federal courthouse in Hartford, Connecticut on June 27, they were protesting in response to reports that migrant children were being held in unsanitary conditions in detention centers near the U.S./Mexico border.

Dornan explained to Boston.com, “When the story of the young children at the border broke last week, I knew that I had to do something more. What I was doing was not enough. It was just a horrific situation.”