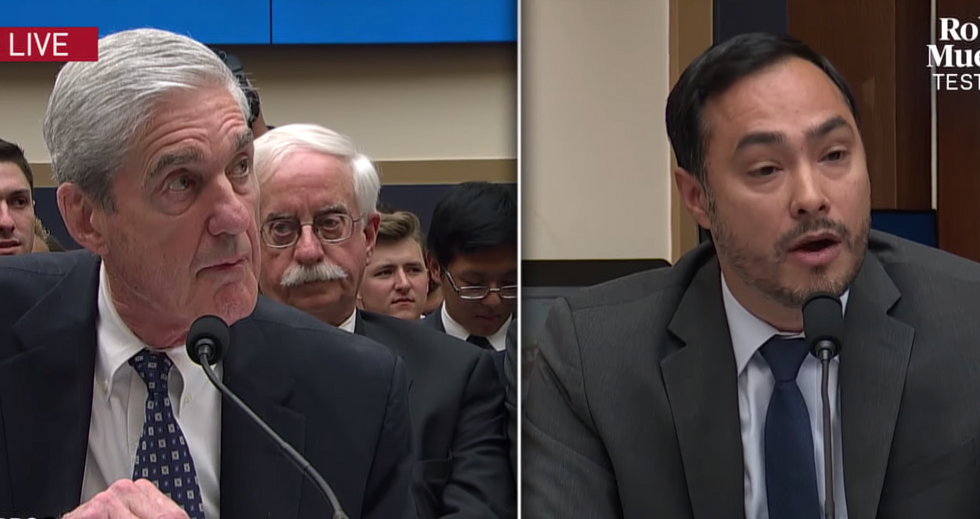 Democrats in the U.S. House of Representatives covered a lot of ground when they questioned former Special Counsel Robert Mueller on Wednesday, asking the former FBI director about everything from Russian interference in the 2016 election to former Attorney General Jeff Sessions’ decision to recuse himself from Mueller’s investigation. And Rep. Joaquin Castro of Texas opted to zero in on the aborted Trump Tower Moscow project of 2015 and 2016 when speaking to Mueller.

Castro told Mueller, “Your office prosecuted Michael Cohen — and Michael Cohen was Donald Trump’s lawyer — for lying to this committee about several aspects of the Trump Organization’s pursuit of the Trump Tower Moscow deal…. According to your report, Cohen lied to, quote, ‘minimize links between the project and Trump,’ unquote, and to, quote, ‘stick to the party line,’ unquote, in order not to contradict Trump’s public message that no connection existed between Trump and Russia.”

Castro went on to say that the Trumpian “party line” was that the Trump Tower Moscow deal “ended in January 2016,” which the congressman noted was “before the Republican primaries. In truth, though, the deal extended to June 2016, when Donald Trump was already the presumptive Republican nominee.”

Castro continued, “Not only was Cohen lying on Trump’s behalf, but so was the Kremlin.”