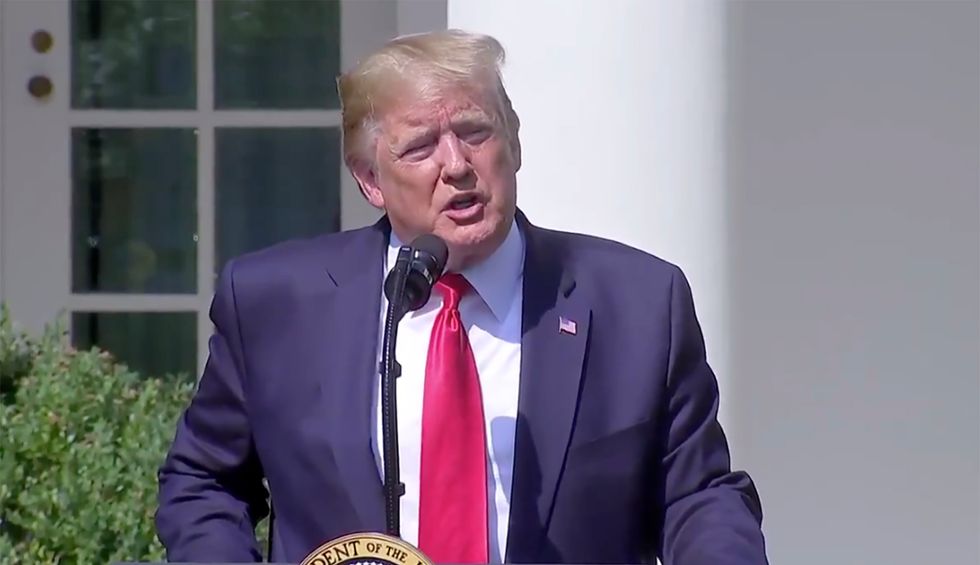 President Donald Trump on Monday got called out for making a “delusional” statement to a group of first responders during a signing ceremony to commemorate legislation that will permanently authorize the September 11th victim compensation fund.

During the ceremony, Trump claimed that he was at the site of the World Trade Center after the 9/11 attacks nearly 18 years ago assisting the police and fire fighters who were helping to rescue people.

There is no evidence that Trump helped search for survivors at Ground Zero, and retired New York City Fire Department Deputy Chief Richard Alles told Snopes last year that he never heard of a group of rescuers hired by Trump to help out. Additionally, Alles said that additional help from private responders was not necessary.

Twitter users quickly slammed Trump for claiming that he was helping 9/11 responders — check out the top reactions below.