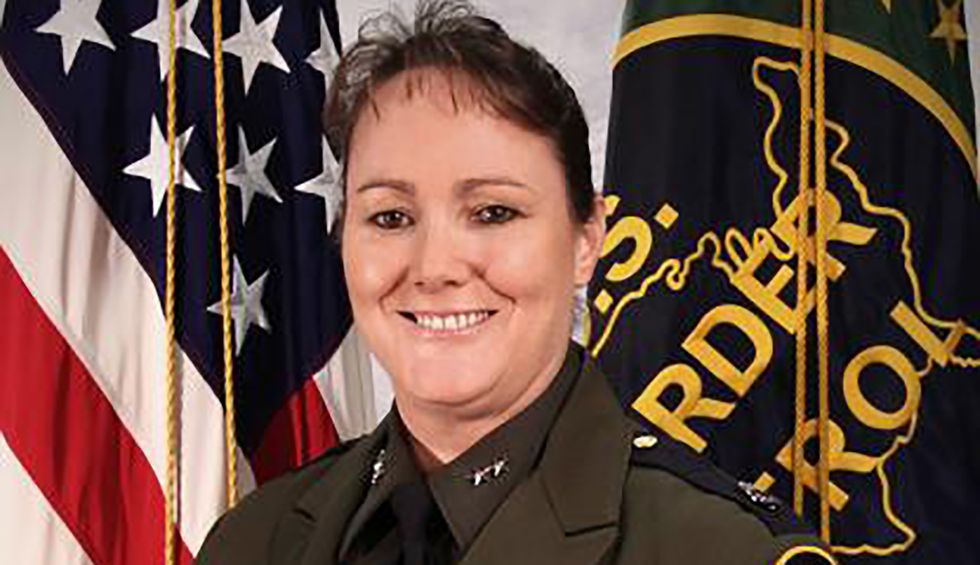 Carla Provost, the chief of the U.S. Border Patrol, has admitted she was a member of a controversial Facebook group, which has come under scrutiny for posting racist and other vulgar comments about migrants and politicians, such as Rep. Alexandria Ocasio-Cortez, D-N.Y.

"Not only did I self-report, I turned my entire Facebook account over. I gave them my log-in and my password," Provost told a House Appropriations subcommittee.

She claimed she had no idea about the "highly offensive and absolutely unacceptable posts" that existed in the group, even though the name was "I'm 10-15" — a reference to Border Patrol code 10-15, which means "aliens in custody."

Provost told the subcommittee that when she joined the group, "I didn't think anything of it at the time" and insisted she visited it "very, very rarely." She also claimed her main reasons for using Facebook were to socialize with friends and to keep tabs on how Border Patrol employees felt about her performance as leader of their agency.

Provost's involvement in the group, which was first reported by the Intercept, seemed to undermine her statement rebuking her employees' offensive actions on social media.

"These posts are completely inappropriate and contrary to the honor and integrity I see — and expect — from our agents day in and day out," Provost said in a statement at the time. "Any employees found to have violated our standards of conduct will be held accountable."

She also posted at least one comment in the group, although it was an innocuous response to an employee's remark about her leadership rather than anything inherently offensive.

The comments in the Facebook group included demeaning remarks about migrants who died while attempting to illegally enter the country, with one agent telling CNN that "he [an agent mocking the migrants] was making fun of them. That — 'what difference does it make? It's just another life.' He made a comment also regarding running over illegals, and I'm like, 'You cannot run over people.'"

Another comment referred to the dead bodies of migrants floating in a river as "floaters," while one page included a remark by a patrol supervisor writing "f*ck the hoes" and "there should be no photo ops for these scum buckets" about visiting members of the Congressional Hispanic Caucus, including Ocasio-Cortez. One commenter posted that he would throw a burrito at "these bitches" and another posted a doctored photograph that made it appear as though Ocasio-Cortez was being forced to perform oral sex on President Donald Trump.

"Reporting this week highlighted disturbing & inexcusable social media activity that allegedly includes active Border Patrol personnel," Kevin McAleenan, Trump's acting Secretary of Homeland Security, wrote on Twitter after the story about the group first broke earlier this month. "These statements are completely unacceptable, especially if made by those sworn to uphold the @DHSgov mission, our values & standards of conduct."

He added in a second tweet, "I have directed an immediate investigation, and as the @USBPChief has made clear, any employee found to have compromised the public’s trust in our law enforcement mission will be held accountable. They do not represent the men and women of the Border Patrol or @DHSgov."