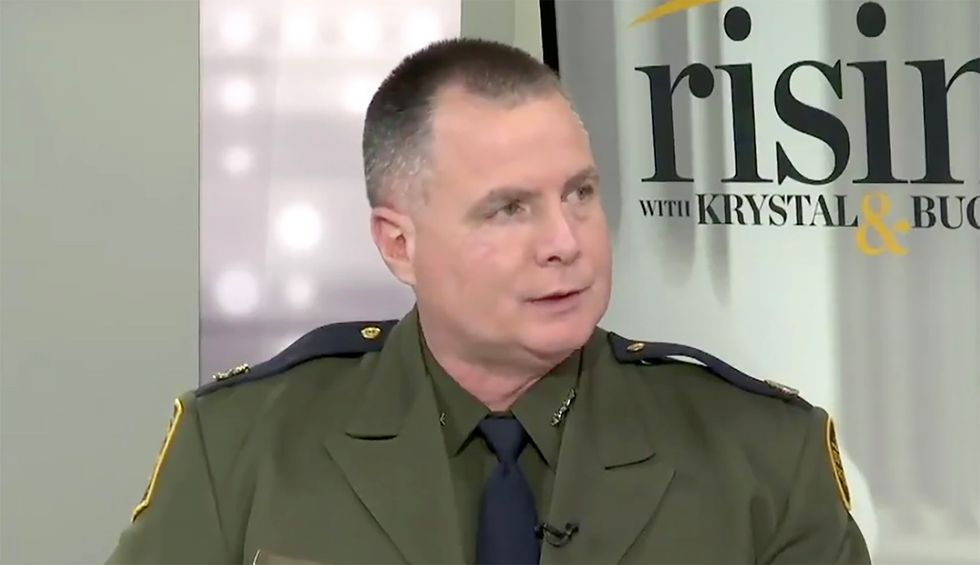 The Customs and Border Protection chief who last week told Congress that a parent’s HIV status is enough justification to steal their children from them at the border is now trying to walk back his testimony, the next day telling numerous media outlets that "CBP would not separate families due to the communicable nature of HIV,” and that any decisions to separate families are made “in the best interest of the child” and on a “case-by-case basis.”

But that’s not what CBP chief Brian Hastings told the House Judiciary Committee on Thursday, when Maryland’s Rep. Jamie Raskin asked if a mom or dad’s HIV status was “enough to justify separation from their child,” as officials under the Trump administration have done in the past. Hastings replied, "It is, it's a communicable disease under the guidance.”

But when Raskin asked about this supposed guidance, Hastings couldn’t point to where it came from, or give a list of other diseases deemed communicable by immigration officials. The Washington Blade reports that a Centers for Disease Control spokesperson issued a “veiled interagency criticism” of Hasting’s testimony, saying, “While HIV is infectious, it cannot be spread through casual contact.”

One family permanently separated due to a parent’s HIV status was a dad and his three young daughters, forced apart in November 2018. “The girls’ mother died of AIDS before they left Honduras,” Quartz reported earlier this month, but once in the U.S., the asylum-seekers were ripped apart, the dad deported back in February while the girls were left with relatives in New York. The dad said an immigration official told him the separation was “due to his HIV positive status.” So much for “the best interest of the child.”

So who yelled at Hastings once he got back to the office? Or did he realize that, shit, maybe what he told Congress was problematic? This isn’t an isolated incident for him, either: During that same appearance before the committee, he also claimed that the U.S.-born citizen that officials detained for nearly a month never said he was a U.S. citizen—except that was lie easily disproven by the government’s own documents. Not telling Congress the truth is a big deal, but these days it’s just another day in the Trump administration.