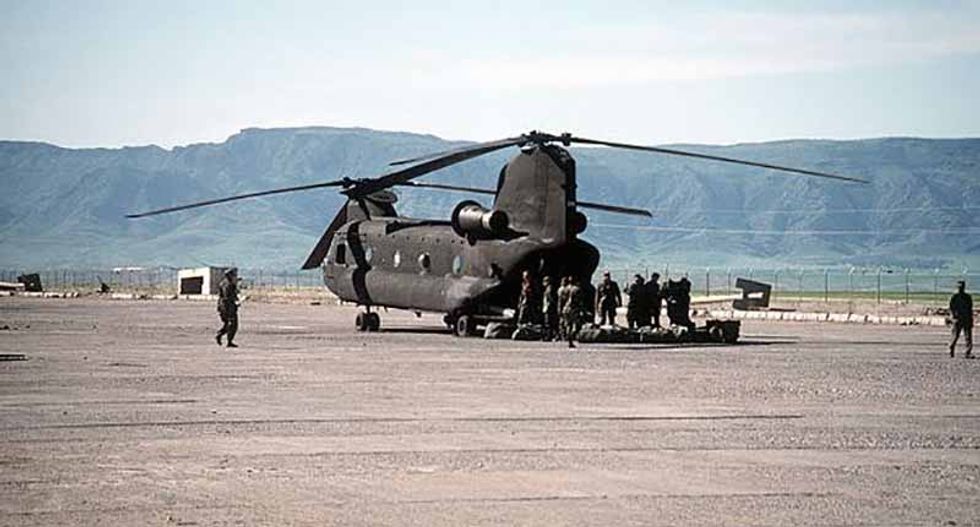 Earlier this year, President Donald Trump nominated U.S. Air Force Gen. John E. Hyten for vice chairman of the Joint Chiefs of Staff — and if he is confirmed, Hyten will have the second-highest military job in the United States. But Hyten’s confirmation could be derailed by a troubling accusation of sexual misconduct being made by Army Col. Kathryn A. Spletstoser.

The incident in question, according to the New York Times, allegedly took place in December 2, 2017 when Hyten visited Sleptsoser's hotel room. In June, an Air Force official who was put in charge of investigating declined to refer Hyten for court-martial. Hyten has denied Spletstoser’s allegation.

Here's how the New York Times described the incident:

According to her account, General Hyten reached for her hand. She became alarmed, and stood back up. He stood up too, she said, and pulled her to him and kissed her on the lips while pressing himself against her, then ejaculated, getting semen on his sweatpants and on her yoga pants.

The 60-year-old Hyten and the 51-year-old Spletstoser testified privately this week at a Senate Armed Services Committee hearing. And Democratic Sen. Tammy Duckworth of Illinois made it clear that she is isn’t taking the accusation lightly.

“This is a very serious matter,” Duckworth told reporters on Thursday. “The accusations are very serious. “We’re taking this step by step and being as thorough as we can on both sides of the aisle.”

“The severity of the allegations and the sensitivity and seniority of General Hyten’s billet demand that a senior officeholder — not a peer, and certainly not a peer who is junior in grade to General Hyten — should be the convening authority,” Duckworth and Warren told Esper in their letter.

Col. Don Christensen, who is retired from the Air Force, is irate over the way Spletstoser’s allegation has been handled by the Pentagon. Spletstoser, Christensen told the New York Times, has “received no apology” from the Pentagon — which, he asserted, “praised the man she says sexually assaulted her.” And Christensen believes that Spletstoser is being treated unfairly because Hyten is so high up the ladder in the U.S. military.

“If this were Staff Sgt. Hyten,” Christensen told the New York Times, “he’d be getting charged. The only reason he wasn’t charged is because he’s Gen. Hyten.”

Spletstoser said she decided to come forward with her allegation when Hyten was nominated for the new position.

“I realized I have a moral responsibility to come forward,” the Times quotes Spletstoser as saying. “I could not live with myself if this happens to someone else and I didn’t do anything to stop it.”