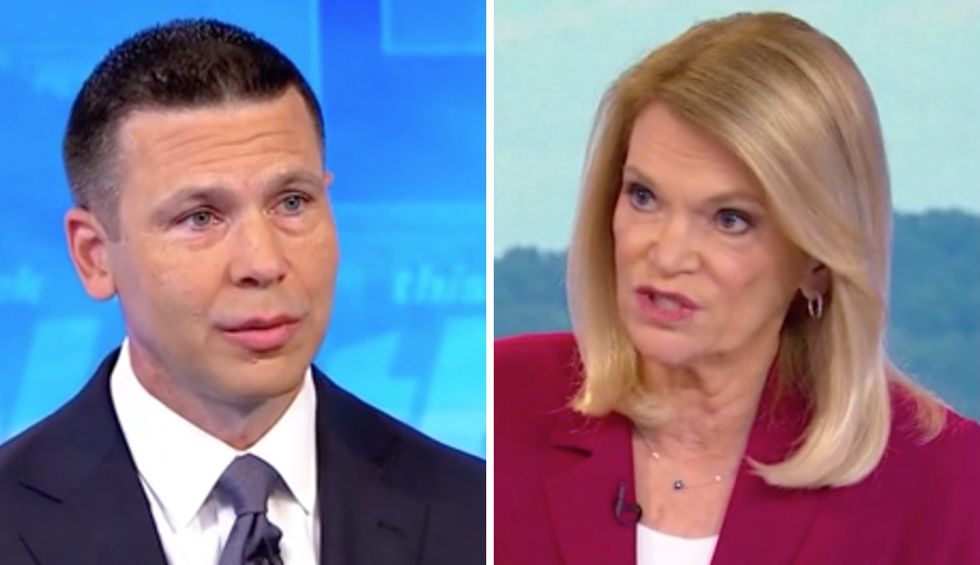 Department of Homeland Security acting Secretary Kevin McAleenan on Sunday insisted that multiple reports about the treatment of migrant children at detention facilities are “unsubstantiated.”

In an interview on ABC’s This Week, host Martha Raddatz asked why he had refuted a New York Times report which found that children are being mistreated at migrant detention facilities.

“Why did you call those allegations unsubstantiated?” Raddatz asked.

“You don’t believe the New York Times?” Raddatz asked, quoting from the report: “The stench of the children was so strong it spread to the agent. They had scabies, chicken pox.”

“You just referenced three things that were unsubstantiated,” McAleenan opined. “Inadequate food, inadequate water and unclean cells. None of those have been substantiated.”

“The ones I just read,” Raddatz shot back.

“This is an extraordinary, challenging situation,” McAleenan remarked. “We had an overflow situation with hundreds of children crossing every day.”

“I’m not denying there are challenging situations at the border,” he added. “I’m the one who has been talking about it the most.”