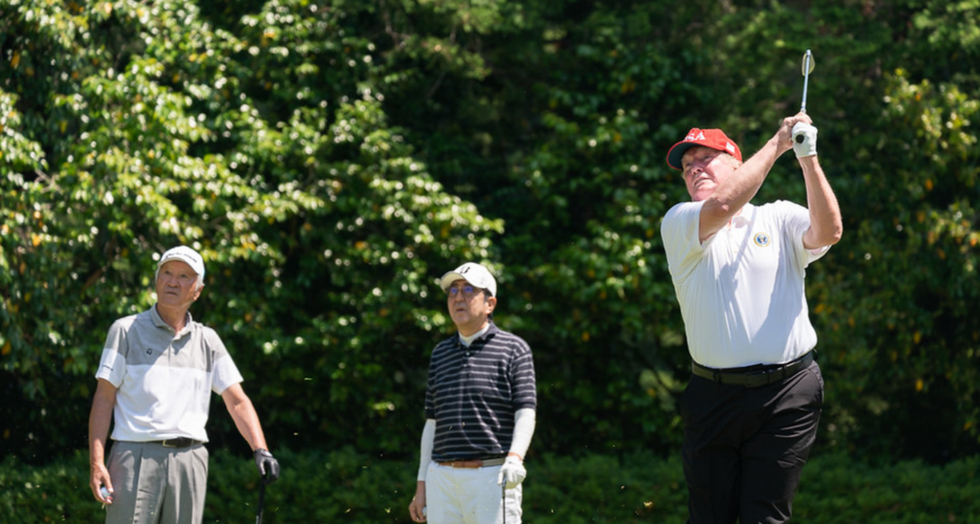 In the late 1990s and early 2000s, Donald Trump purchased 436 acres of land in Upstate New York in the hope of using it to add two golf courses to his real estate portfolio. But the golf courses never came about, and according to a report by Bloomberg News’ Lynnley Browning, Donald J. Trump State Park — which is about an hour north of New York City — lies in a state of dilapidation.

The 436 acres are in two different counties: the French Hill part of Donald J. Trump State Park is in Putnam County, while the French Hill part is in Westchester County. Trump’s plans for two 18-hole championship golf courses fell through, Browning Reports, when local authorities determined that the courses would not only drain the water supply in that area, but also, affect New York City’s water supply downstream.

In 2003, according to Browning, Trump hoped to sell the land to the company U.S. Home Corp., but that company ultimately decided against it — and Trump opted to donate the land to New York State and use it as a tax write-off.

“Once Trump decided to donate the lands,” Browning reports, “his aides worked hard to maximize their value. Apparently, Trump wanted a bigger write-off than what the county said the land was worth.”

In 2005, according to Browning’s report, Trump’s attorney Michael Cohen called Henry DeCotis (who was New York State’s assistant attorney general at the time) to inquire about donating the land to New York State. DeCotis told Bloomberg News that the land’s official fair market value of $5.5 million “might be in the ballpark.”

By 2006, according to Browning, Trump’s donation had gone through, and Republican George Pataki (New York State’s governor at the time) held a ceremony to announce the donation and the naming of the land in Trump’s honor. However, in 2019, Browning reports, Donald J. Trump State Park remains undeveloped.

Exactly how much of a tax deduction Trump enjoyed because of the donation is unclear; the president has refused to release his tax returns publicly. But Fred Koelsch of Camarda Realty Investments told Bloomberg that if Trump enjoyed a $26.1 million tax deduction for his donation, “that’s an awfully large number.” Koelsch, who did some work for the Trump Organization in the past, told Bloomberg that because Trump and U.S. Home Corp. didn’t develop the land, it didn’t increase in value — and therefore, Koelsch said, “the deduction should have been low.”

In the future, Donald J. Trump State Park might not have that name: a bill proposed in New York’s state legislature would change its name to Pete Seeger State Park in honor of the iconic folk singer, who died in 2014 and was a native New Yorker.