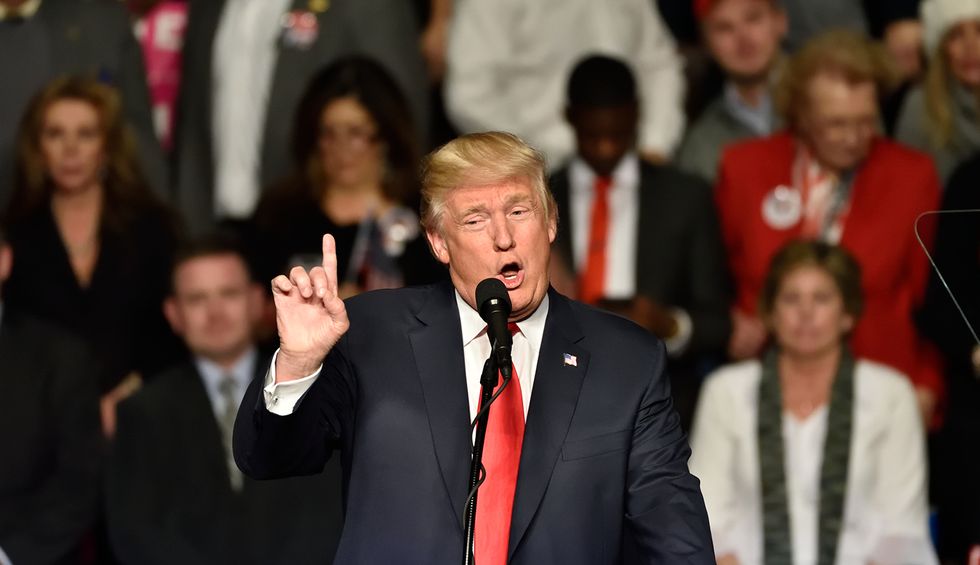 Donald Trump is in Orlando, Florida today to officially kick of his 2020 campaign. He never really ended his 2016 campaign, holding dozens of rallies since taking office, but this is the official, official kick-off. Ironically, he’s launching his campaign in a city literally surrounded by swampland.

Although we are more than 16 months away from the 2020 election, the Orlando Sentinel is taking the opportunity to weigh in with an early endorsement. Well, it’s more of an un-endorsement. In a stinging article from the editorial board, one of Florida’s largest newspapers says, “After 2½ years we’ve seen enough.”

Enough of the chaos, the division, the schoolyard insults, the self-aggrandizement, the corruption, and especially the lies.

So many lies — from white lies to whoppers — told out of ignorance, laziness, recklessness, expediency or opportunity.

The editorial board tore apart Trump’s claims of economic success and noted it is underperforming compared to Obama’s time in office.

The S&P 500 was up about 21% between Trump’s inauguration and May 31 of his third year in office. Under President Obama, it was up about 56% in that same period.

Unemployment is headed down, as it was during seven straight years under Obama.

The editorial board didn’t go so far as to say this was an automatic endorsement of the eventual Democratic nominee and they noted the paper has a history of endorsing Republicans. In fact, they practically begged a Republican to step up and primary Donald Trump. They said they’d consider an independent candidate as well. But the bottom line remains—enough is enough and Trump must go.

The nation must endure another 1½ years of Trump. But it needn’t suffer another four beyond that.