Watch: Trump had a stunning response when asked to apologize for his treatment of the Central Park 5 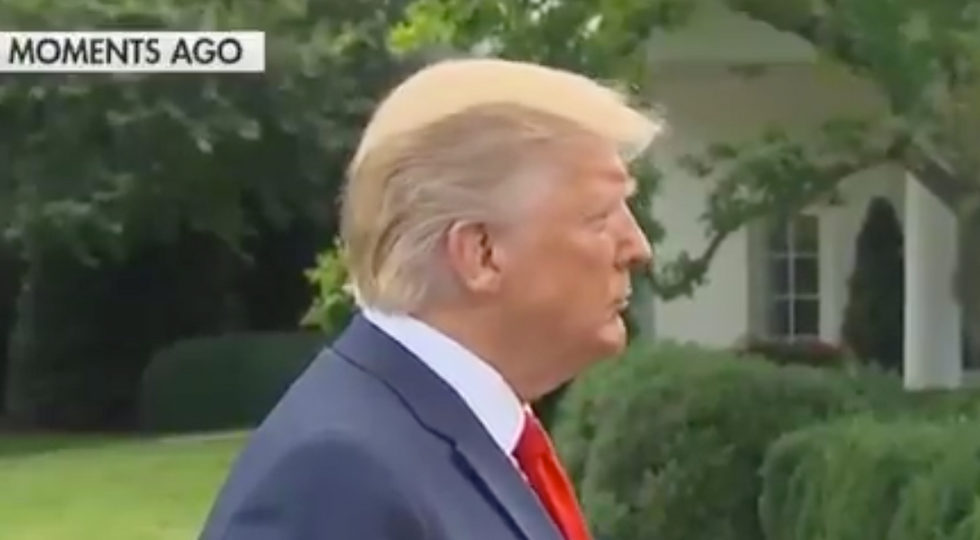 Just hours before he officially launches his re-election campaign a reporter asked President Donald Trump about the Central Park Five. Trump refused to accept their innocence. And he refused to apologize.

"Mr. President, will you apologize to the Central Park Five? They've been exonerated, there have been videos and movies shown about the case, and you took out a full-page ad saying they should die," asked April Ryan, a CNN political analyst and bureau chief for American Urban Radio Networks.

"You have people on both sides of that," Trump said, referring to the five men who as teens were railroaded by police into confessing to assaulting and raping a 28-year old woman in New York City's Central Park in 1989 – only to be exonerated by an admission of guilt and DNA evidence from the actual assailant.

"They admitted their guilt," Trump added, a claim he has stood by for decades.

After telling police they were guilty the teens withdrew those claims – they had been interrogated without parents or attorneys for hours.

They were convicted and spent years in jail.

Meanwhile, Donald Trump took out ads in four New York City newspapers demanding the death penalty be reinstated. While the ads did not name the teens directly, it was exceptionally clear they were in response to the case.

This is the full-page advertisement Donald Trump took out calling for the execution of the Central Park Five. They… https://t.co/HvwvjM8X7y
— Scott Bixby (@Scott Bixby)1518277794.0