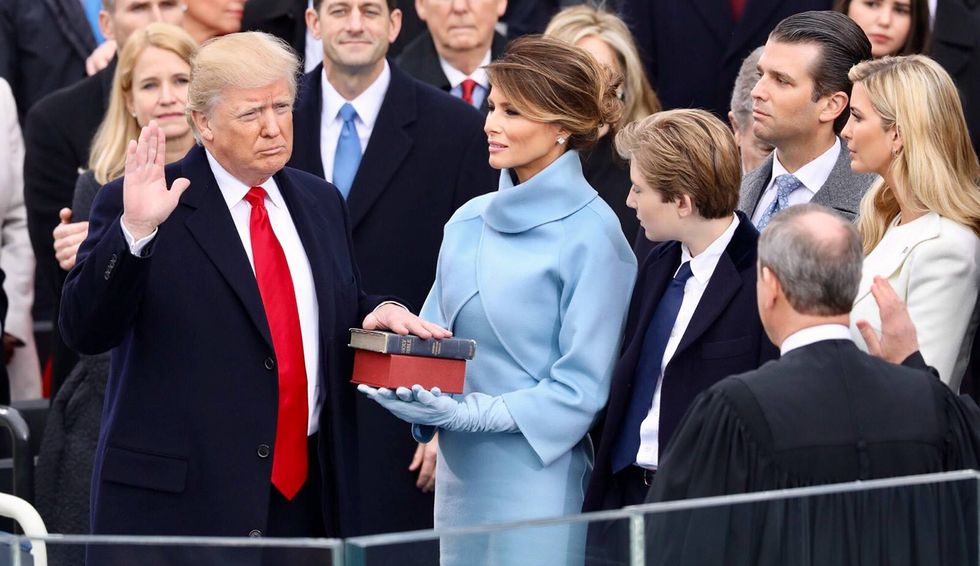 In a blistering editorial, the Wall Street Journal is asking President Donald Trump what the point of a second term is since he hasn’t done anything in his first term.

During his rally in Orlando Tuesday, Trump repeated the same tired lines and same tired policies from 2016. The “Promises Made, Promises Kept” slogan shown over the crowd, yet the supporters didn’t understand the irony.

“The most striking fact of his speech was how backward looking it was,” the editorial board said. “Every incumbent needs to remind voters of his record, Mr. Trump more than most because the media are so hostile.”

Yet, Trump is asking for four more years, the Journal questioned.

“Yet, Mr. Trump is asking for four more years, and his preoccupation with vindicating 2016 won’t resonate much beyond his core supporters,” the editorial said. Yet, according to analysts, that’s what they’re hoping to do for 2020, expand the Trump base.

Most non-Trump supporters don’t much care about Trump’s attacks on an opponent who is no longer running or serving anywhere in government. Yet, Tuesday night, that’s exactly what Trump wanted people to hear.

For the rest of America, the Journal said: “they want to know why they should take a risk on Mr. Trump and his volatile character for another term.”

“One paradox is that his main policy successes have come from pursuing a conventional conservative agenda,” the op-ed continued. “The failures have been on the issues like trade and immigration that are the most identified with Trumpian disruption.”

While he might be making the right-wing happy by appointing life-long, homophobic judges, there is a long list of promises Trump still hasn’t managed to usher in. After having both houses of Congress controlled by Republicans, he still couldn’t legislate. Now that Democrats are in control of the House, he’s refusing to work with them on issues that the both parties can agree with. It provokes the question of why anyone would want to deal with four more years of something like that.

“On immigration, however, the President missed a chance to strike a deal trading more border security (including his wall) for legalizing Dreamers,” the op-ed continued. “On trade, Mr. Trump has disrupted global rules but has put nothing new and stable in their place. Asking voters to believe he’ll do better on these issues in a second term isn’t likely to turn many swing voters his way.”

Despite his lack of popularity, Trump seems to be moving in the direction of trying to drag down his opponents to be just as bad as he is.

“If the Democrats oblige by nominating Bernie Sanders or Elizabeth Warren, that might be possible. But that is making a bet on the other party’s mistake, and a re-election campaign is typically a referendum on the incumbent,” the Journal said. The op-ed went on to give policy suggestions that Trump could be using to debate Democrats with. They must know that if it doesn’t involve an applause line for his wall, it’s never going to be uttered.

Regardless of the policy, however, Trump will never win a policy fight, they conceded. But he also won’t win by running on 2016, “or playing only to his political base. He needs more than he offered voters on Tuesday night.”

Read the full op-ed at the Wall Street Journal.