Under new law, rapists in Alabama could sue for custody over children women are forced to carry to term 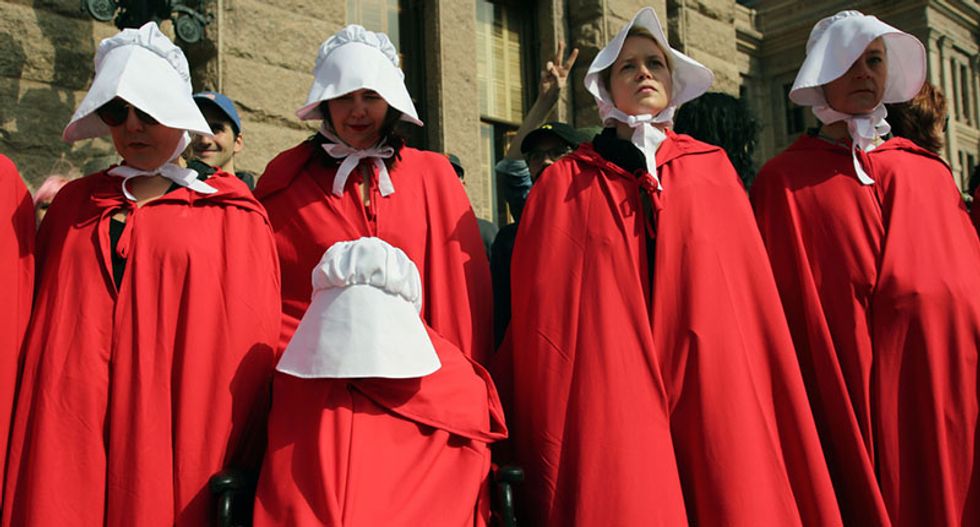 If Alabama’s abortion ban goes into effect, women who’ve become pregnant as a result of rape or incest will be forced to remain pregnant. And once they have children, their rapists can pursue custody under state law.

A rapist seeking custody is not some outlandish scenario. “Many rapists commit assaults as a way to dominate and control,” Lisae Jordan, director of the Maryland Coalition Against Sexual Assault, told The Washington Post. “Seeking custody is just a continuation of that desire to dominate.”

In Alabama, for instance, Jessica Stallings is fighting her uncle for custody of her two sons. She had been pregnant by him four times before she was 18, with one son dying of an incest-related condition. Her uncle—and let’s say this scumbag’s name: Lenion Richard Barnett Jr.—is fighting for custody now after a recent drug arrest that happened while Stallings’s son was in the car. “I understand the father’s rights, but in this case—and we all know him around here—he’s not fit to parent,” said a representative of the DeKalb County sheriff’s office, but so far that hasn’t stopped a judge from giving Barnett visitation time and it hasn’t stopped his crusade to exercise parental rights over children conceived when he raped his niece.

Alabama and Minnesota are the only two states that don’t terminate parental rights for rapists, though policies vary across the states that do have such laws, ranging from states that demand a criminal rape conviction before parental rights are terminated to ones that more reasonably call for “clear and convincing evidence” of rape. But while Minnesota should get its act together and say you don’t get parental rights by raping someone, Alabama is the state that’s telling women they both have to carry and birth their rapists’ babies and then co-parent with their rapists. In case you needed any more evidence that what’s going on here is contempt and disgust for women, not some deep-seated concern for life and dignity.